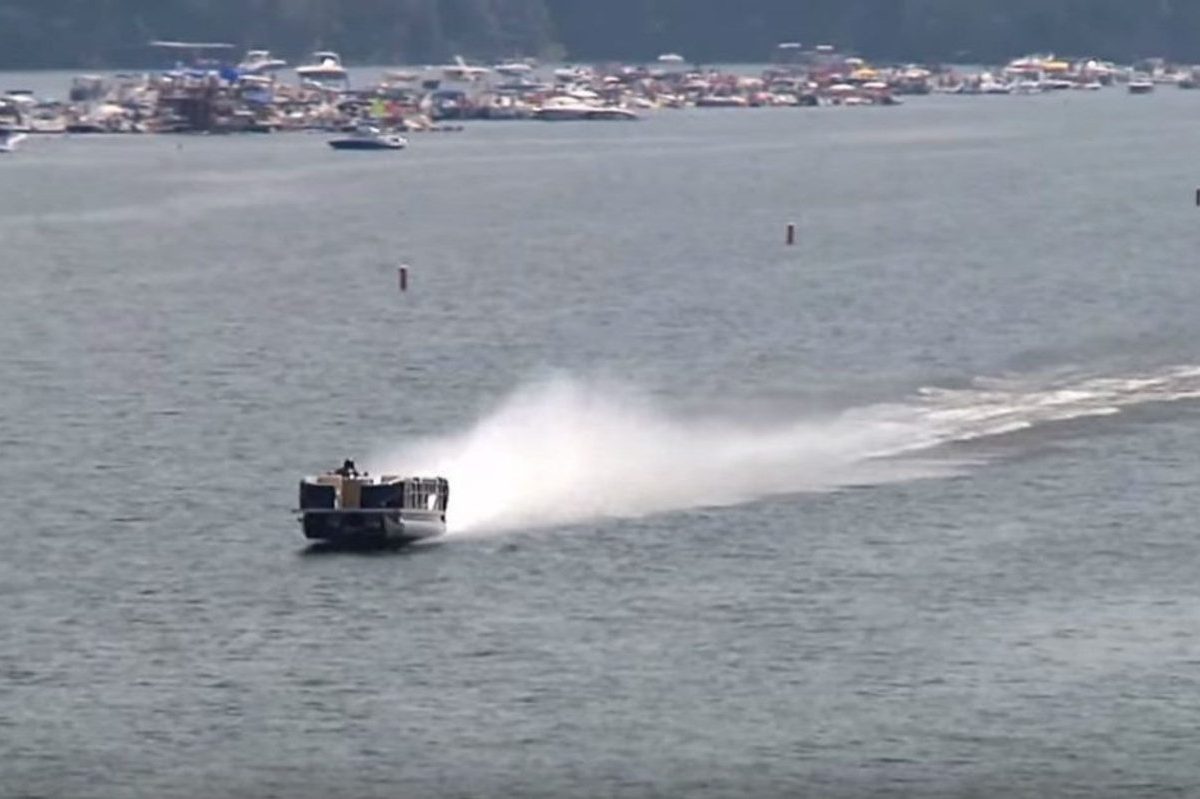 Where else but the Lake of the Ozarks Shootout would you find the world’s fastest pontoon boat?

Pontoon boats are typically more in their element as party platforms or fishing barges rather than as high-speed vessels rocketing across a lake, but, as you can see from the below video, this beast of a machine is no ordinary pontoon boat. Back in 2015, Brad Rowland proved that when he put on a performance for the books and took home the Shootout record with a lightning-fast showing of 114 MPH. Yeah, you don’t even have to get a look at the other competitors to know that Rowland treated the crowd to one hell of a first-place demonstration.

Being the overachiever that he is, Rowland has his sights set on going even faster.

?I see 120 MPH not out of my reach,” Rowland told PDB Magazine back in 2015. “People freak out when they see me come down the lake that fast in a pontoon.?

Blasting across the water with the pontoons barely touching the surface, this boat sure doesn?t look as stable as a purpose-built race boat, but there is no arguing with the results. This thing was FLYING. It’s safe to say that anyone hoping to touch Brad’s record is definitely going to need a faster pontoon boat.