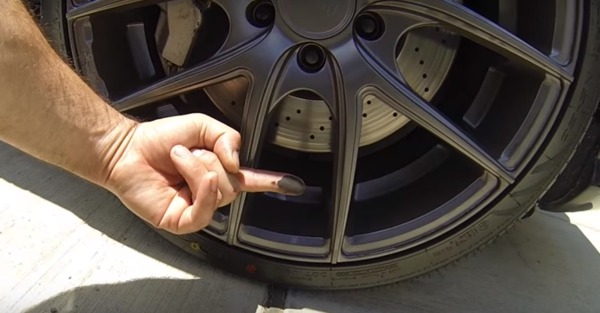 When you think of cars with great “bang for your buck,” what comes to mind?  I immediately think C5 Corvette, anything with an LS engine, the early 5.0 Coyote Mustangs are getting cheap and a few other American made cars.

When I decided it was time for another fun car, I really wanted to go with a sedan as I already have a fast Turbo Trans Am, I’ve owned Corvettes and I have babies now and it would be cool to have a fast car that can still fit baby seats in the back.

My budget was only $10,000 so, right away, the Gen 2 CTS-V was gone, the Chevy SS was out and even the Pontiac G8 as those have surprisingly retained their value like crazy.  I never thought I’d look to Europe, but after seeing how far the prices had dropped on the 2003-2006 Mercedes-Benz E55 AMG, I had to pull the trigger.

What I ended up with is what you see in my latest video on my LegitStreetCars YouTube channel. I found a local 2003 Mercedes-Benz E55 AMG with 103,000 miles on it, clean title and carfax and with the features and color combo I was looking for. I looked the car over and after finding bent wheels, bad tires, an oil leak and a couple minor warning messages on the dash, I offered $8,500 cash. He was asking $10,500 and we shook hands at $9,000, an awesome deal for such a nice car with a near perfect body and interior.
I did eventually put it up on my rack and found a few other things wrong. For starters, the front brake pads created a ton of dust and the rear pads were low. The car has factory air suspension and after 14 years the rear air springs had started to leak. The previous owner replaced one rear spring so I only needed the other. I did some normal transmission maintenance items like a filter, fluid flush and also a conductor plate, electrical plug and three valve body overlap sleeves. This may sound confusing and expensive, but all this only cost around $300 and took me two hours to complete. The engine oil leak was just a passenger side valve cover so $9 bucks and an hour of my labor fixed that, and after replacing the wheels with an aftermarket set of Niche Targa M129’s and new tires, I was back on the road.
Advertisement

All said and done, I have $11,300 total in my E55 including the wheels. It comes factory with 469 horsepower and an awesome 516 ft lbs of torque that’s good for a mid 12 second quarter mile.  The car runs and drives like brand new and is loaded with cool features you would expect on a much newer car. My car came with “keyless go” which is push button start and keyless entry via buttons on the door handles. It was spec’d with dual panoramic sunroofs with a suede headliner and my favorite feature, dynamic seats. These seats are not only heating and cooled but they are massaging and have active bolsters that inflate and deflate around turns and hard acceleration to keep you centered in the seat. The car was truly ahead of its time.

The elephant in the room with any positive review of a European car is cost of repair and maintenance. Trust me, I didn’t forget that.  This particular car is considered quite reliable as the famous M113 engine is fantastic and requires very little maintenance. The 722.6 5 speed automatic is one of the strongest transmissions out there as its the same one used the the V12 Mercedes cars of that era.  The rest of drivetrain can handle a lot more power than stock and they made quite a few of these cars so parts are available.

There are some trouble areas to look out for if you’re in the market for an E55.  The cars came with air suspension meaning you have four air springs, a pump, some valve blocks and a bunch of lines.  The aftermarket has come to the rescue here as rear springs are $350 each and fronts around $600 each. Considering my rears needed replacing after 14 years I don’t think that’s too bad.  Even better is if the previous owner replaced them for you.  The car also has an electronic braking system called Sensotronic Brake Control or SBC.  The pump does need to be replaced every 10 years or so and can cost around $1,000 for the part alone. It needs to be bled and programmed at the dealer so definitely make sure it has been replaced.

At the end of the day, these cars are old enough to have had all the expensive repairs completed, leaving you with an even better performance bargain. The key is running a CarFax, making sure the car has repair records and most importantly being patient; it took me a year to find this car.

Enjoy the video and as always here are some part number, links and specs for some of the parts mentioned in the video, including the wheels. Next video we get into the modifications already done to this car and my quest for at least 600 horsepower.