This Custom F-350 Is an Awesome Tribute to Harley-Davidson 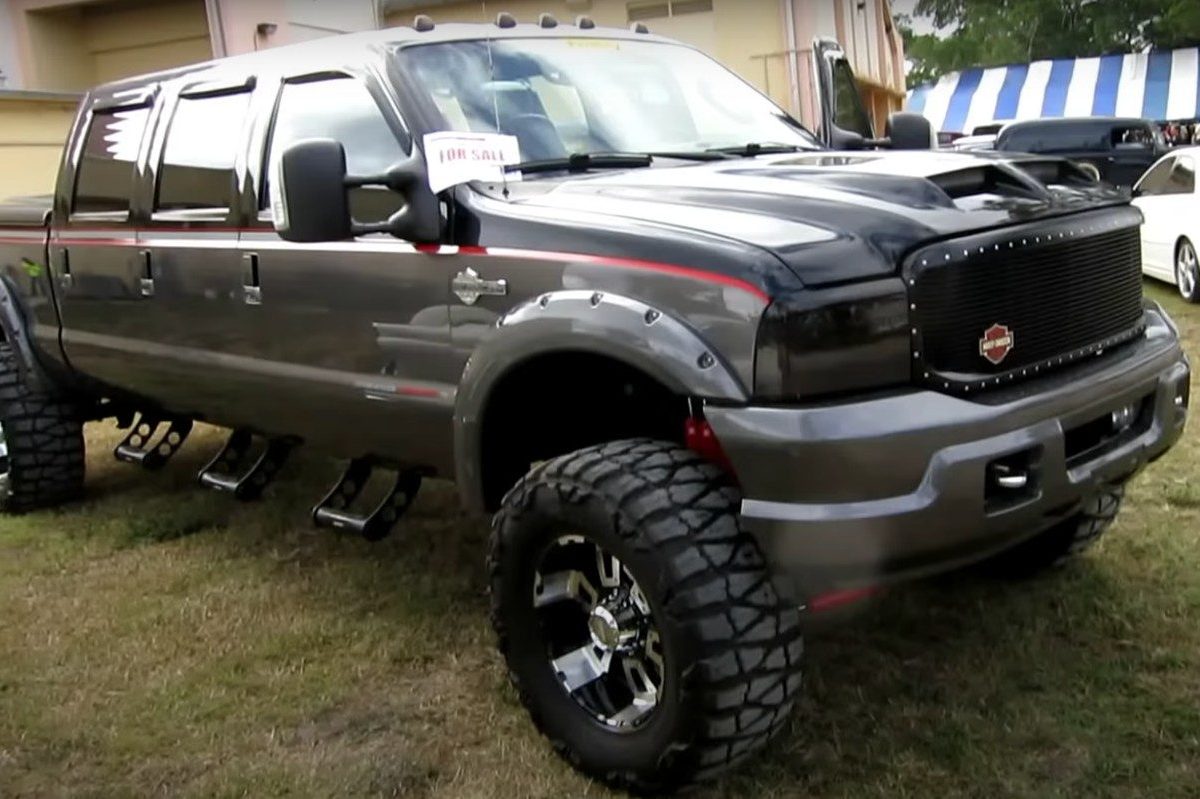 Pretty much nothing gets us pumped up quite like a quality large-scale custom project. It’s really incredible, when you think about it, to see just how many talented and resourceful gearheads are out there doing their thing, and we’ve seen a decent amount of seriously awesome end results on YouTube.

This time around, we get a look at a Harley-Davidson Ford F-350 super-duty truck. Not only does it come completely stacked with the massive amount of torque and horsepower you’d except it to, but the crew cab is absolutely massive as well. Come on, this truck’s got six doors. Six doors! Also, those gigantic tires look like they could do some serious damage on any off-roading course.

Besides the epically rugged body style, the F-350 also has a sleek interior, with nice leather seats and enough space to transport a full-blown family reunion. That reunion hypothetical would make for quite the chaotic one, though. Everyone would be fighting over who gets to drive this monstrosity.

Man, there really is so much to love about this truck. To be honest, this could be the next face of the “Built Ford Tough” campaign. If only we could see this thing on the road, though. There probably isn’t a terrain in existence this beast couldn’t conquer.

Even still, whoever was the mastermind of this masterpiece did a pretty sweet job. Tip of the cap to that clearly talented individual. This could inspire even custom-building newbies to try and trick out a car themselves.

Now, excuse us while we draw up plans for a custom truck project of our own.