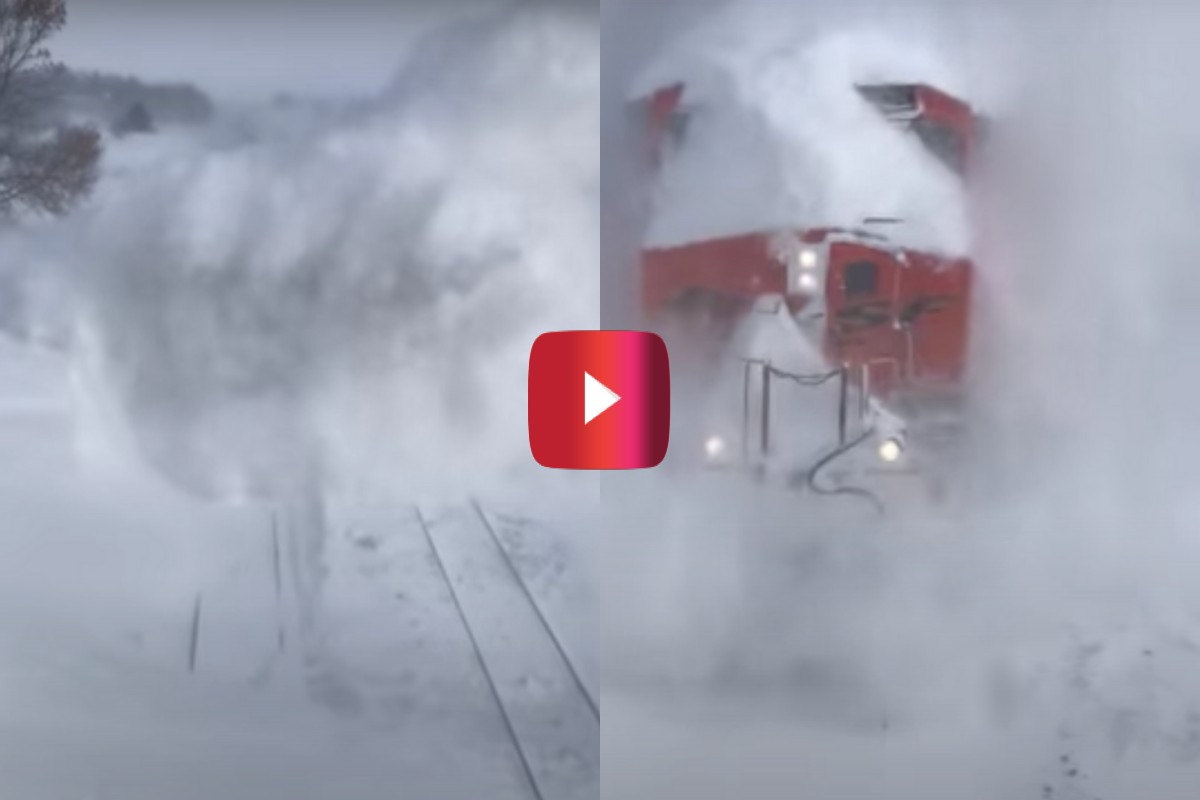 Back in 2019 (doesn’t that seem like ages ago?), folks were pumped at the prospect of having an early spring after Punxsutawney Phil poked out of his hole on Groundhog Day and didn’t see his shadow. But, before that spring did eventually come, states all over the country were hit hard by serious winter weather.

In the weeks that followed, the Midwest was hit particularly hard by snowstorms. In southern Minnesota, for example, a massive blizzard came through, boasting wind speeds as high as 47 MPH. But, whether there’s sun, rain, sleet, or snow in the forecast, the trains still have to run on time. As the above video from out of Hawley, Minnesota shows, one train engineer wasn’t about to let a snow drift, no matter how big, keep the train from getting to its destination.

Read More: A Severe Winter Storm Dumped a Foot of Snow and Caused a Whopping 115-MILE Traffic Jam in Oregon — Just Check out the Footage for Yourself

?I was the engineer on this train,” states the video’s description. “After maintenance said it was okay to move through that area on main 1, I was told to keep up the speed as best as I could. The eastbound Amtrak 8 also told me about the drifts in that area as well. I was doing about 37-38 MPH because of a 40 MPH slow order in that area. The horn was blown constantly to keep it from plugging with snow.”

On top of all of that, the engineer added that his ears started to pop as he plowed his way through the snow drift. So yeah, needless to say, that clearly wasn’t your average train ride. The whole thing did make for some pretty epic footage though.