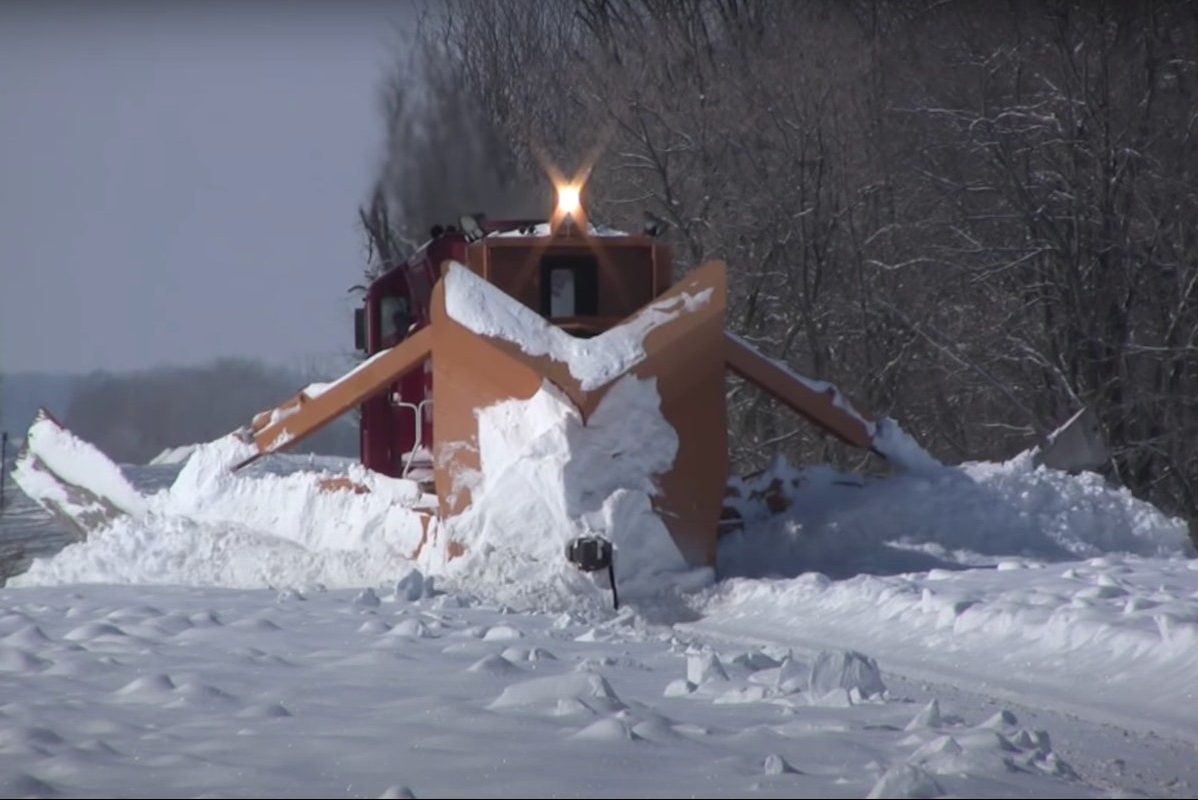 There’s not very much that can stop a train, but snow is one of the things that can jam things up in a hurry. If you’re wondering how they clear up the tracks after a snow storm, check out this video showing a train snow plowing a stretch of track in Minnesota.

If you thought the snow plows on trucks were big, just wait until you see the size of this behemoth.

Look at the massive waves of snow that this train throws to its side as it goes by. This footage came after record snowfall back in February 2019. The plows may be in storage most of the year, but they proved their usefulness on that day. That horn is loud enough to make just about anything jump out of the way, and that’s a good thing, because this locomotive driver needs to keep the momentum pushing forward. As for the people living in the houses nearby, well, they got a nice wake-up call.

On top of just pushing the snow with the front, this plow is also equipped with flanges that help widen the rows as it goes along. With those flanges extended, the train has the ability to move an entire wall of snow if needed, and it tackles the challenge like nothing else. This is pretty satisfying stuff to watch, I won’t lie. It certainly seems like it’d be a fun day to be an engineer.

If you ever doubt how much power a train actually has, this video should clear things right up. This is no easy task to clear up these tracks, but this huge snow plow makes light work of the chore. Take that mother nature! The snow may have won the battle, but the train won the war.