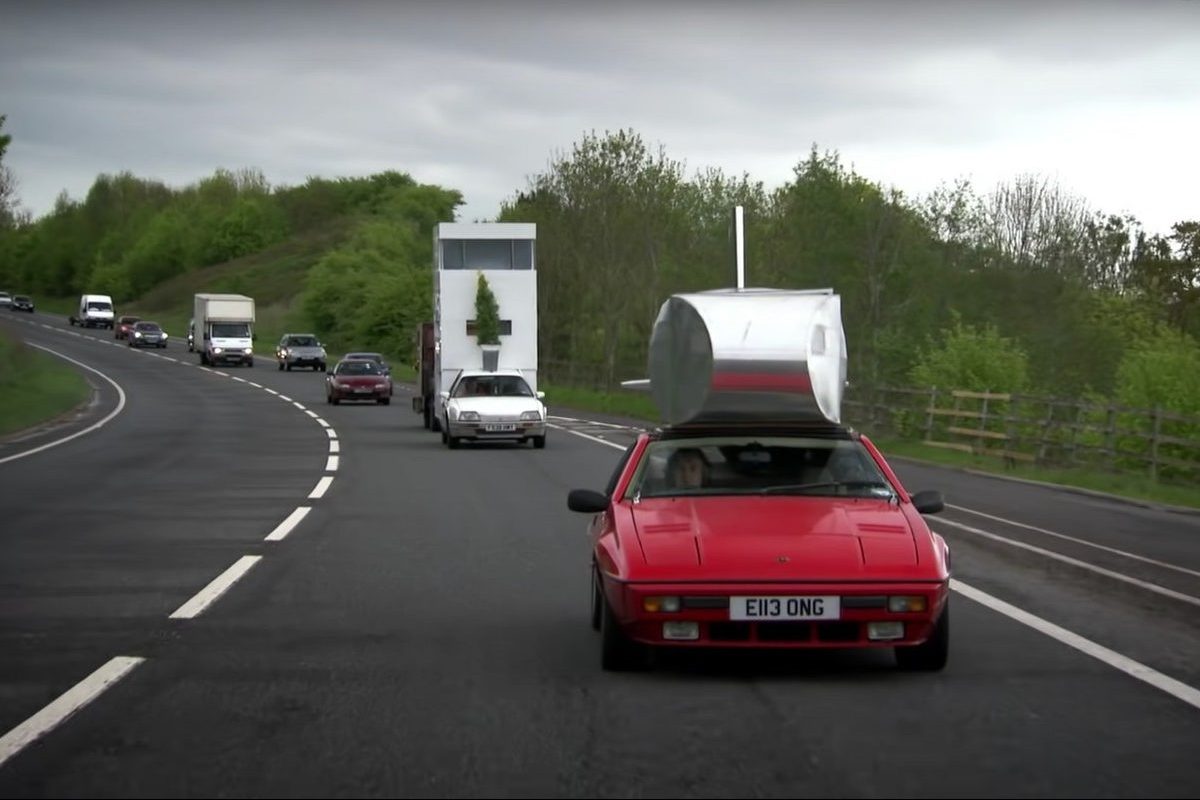 The BBC Top Gear series is one of the many British car programs we can binge over and over again. Hosts James May, Jeremy Clarkson, and Richard Hammond come up with some truly unique “challenges,” by which we mean their stunts challenge common sense and logic.

The Camper Van Challenge is one of many Top Gear episodes that requires repeated rewatching.

Picture it: James, Jeremy, and Richard pack up and take three homemade camper van creations on a 215-mile highway road test to Cornwall before spending the night in their new “homes.”

The rules of the camper van challenge are quite simple: The gang must construct motorhomes that include a sleeping area, toilet area, and cooking area, and they must be small enough to fit on British roads. As an example of what not to do, they compare an American RV in all its splendor to the much more compact English version. The difference is significant.

Richard Hammond somehow straps a small cabin onto the rear of a Land Rover 110. Jeremy Clarkson, somewhat unwisely, packs a three-story townhouse tower onto a Citroën CX . The two wonder if James May will show up in an Alfa Romeo, but he surprises them with a small camping contraption on his Lotus Excel, which seems quite sensible, until he discovers he’s blocked the fuel compartment with his rigging.

Unlike most motorhomes, these bespoke bungalows aren’t exactly ready for a road trip. Still, watching the trio bungle their way through motoring seven hours across the English countryside makes for some of the funniest footage in Top Gear history.

Jeremy and James give the grand tour of their new digs on wheels before hitting the road test, but Richard remains strangely cagey. He claims to have drawn inspiration from the expandable and retractable panels on American RVs, and they’ll just have to wait to see it in action at the motorhome park.

While some of the car challenges the three encounter require off-road prowess, or pit turbo engine against turbo engine in a battle of the supercars, there’s nary a Bugatti or BMW in sight for the camper van challenge. Instead, the three merely need to survive motoring to the campground in Cornwall, set up, and spend the night.

The Citroen CX has some difficulty with the road trip. Jeremy Clarkson’s giant tower has some aerodynamic issues, and his engine has, as he describes it, “a case of diarrhea.”

When the trio arrive in Cornwall, they discover the field where they’re meant to spend the night is awash with heavy winds — not unusual for a seaside location known for open plains and giant rocky outcroppings. Richard struggles to construct his sheet metal manse, while the other two head out for a fish dinner nearby.

So, who wins the road test to claim victory in the Top Gear Camper Van Challenge? The surprise conclusion makes this one of our favorite Top Gear episodes.