This All-Terrain Sled Serves as a Generator, Firewood Hauler, and More 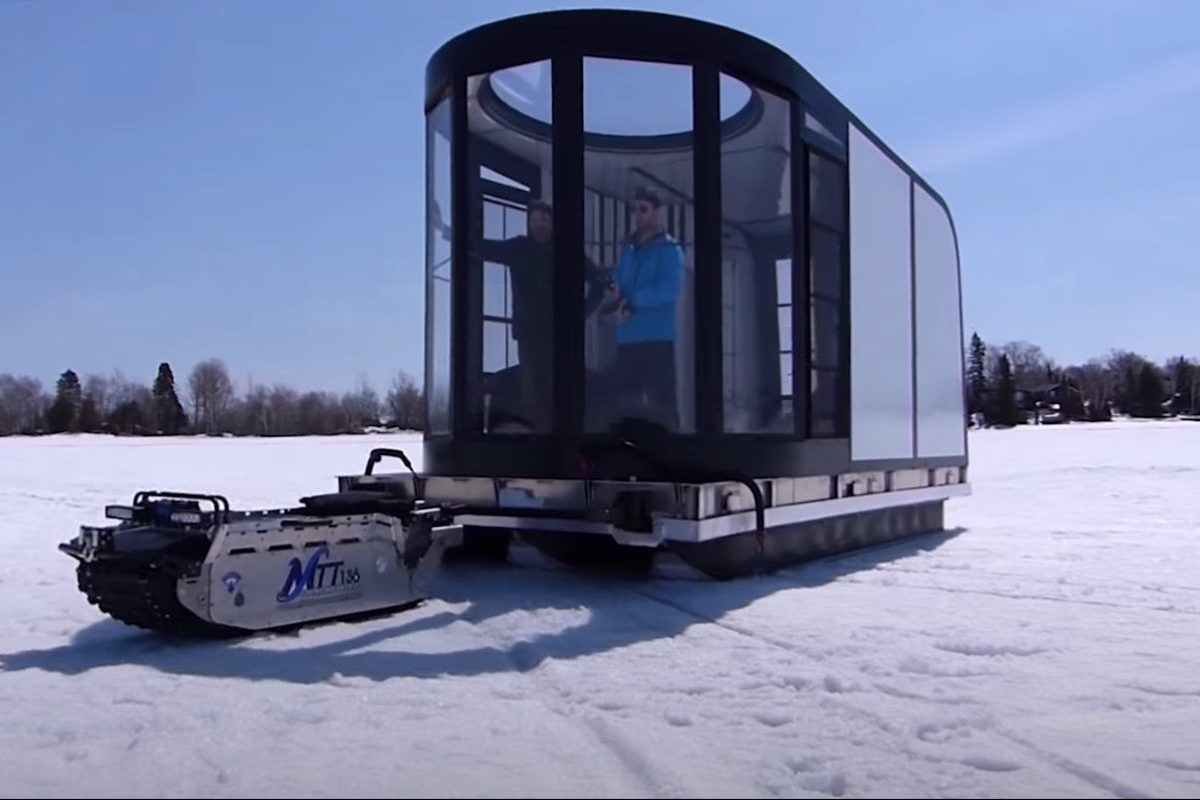 When it comes incredible all-terrain, multi-purpose, high-performance, go-anywhere machines, the MTT-136 is on another level.

An epic hybrid of a snowmobile, dog sled, ATV, and tank, this looks like something Arnold Schwarzenegger would use to escape an avalanche on his way to the chopper.

Read More: DIY Pro Shows How to Charge a Car Battery With a Chainsaw

Developed by French Canadian engineer Yvon Martel, the MTT-136 (which stands for My Track Technology, with the 136 referencing the 136-inch snowmobile tread) is basically a motorized tank tread with handlebars. It’s a straightforward electric sled that’s capable of cruising over countless rugged terrain, including ice and deep snow.

The above YouTube video from Martel shows the MTT-136 electric sled in action, and it’s clearly one of the most unique off-roading machines out there. Built for mostly utility purposes, the MMT-136 can be used during all four seasons and is great for a host of activities, from hauling gear and firewood to carrying first aid equipment for first responders.

The MTT-136 also looks like it could double as one hell of a racing vehicle, though Martel says that the ultimate purpose of the snow machine “is to facilitate electrical generator power for a diversity of needs including leisure, first aid, tourism and agricultural applications.” According to Martel, the MTT-136 has a much more altruistic aim that simply carving up snow and looking awesome while doing it.

“My Track Technology can provide units with an autonomous power supply or integrated generator,” Martel writes. “This type of unit provides a readily transportable 110 or 220 volt power supply which is located inside the track casing, and allows the operator to take electrical energy over long distances or difficult terrain, in addition to pulling a trailer or sled.”

Talk about the ultimate game changer!