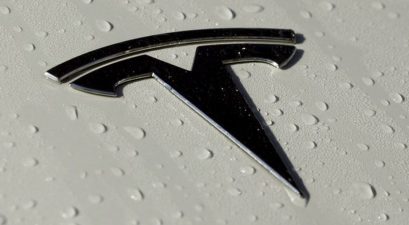 Everyone hates tailgaters. Even if you’re going the speed limit, they always manage to ride your bumper like you’re the slowest driver in the world. It’s a damn nuisance. Be honest: If you’ve ever dealt with a tailgater on a particularly bad day, you’ve definitely been tempted to slam on the brakes, get out of your car, and hurl every obscenity you could thing of at the impatient driver. But, while maybe playing out better in your head, that scenario would probably end in a full-blown, potentially violent road rage situation. And, we all know how the more serious road rage incidents can turn out.

One driver came up with a way to deal with annoying tailgaters without having to even get out of your car. As it turns out, the guy got the whole thing on video. Introducing the “tennis ball trick.” All you need is a tennis ball, a working rear windshield wiper, and a strong sense of vengeance. The only thing missing in this guy’s instance? A car that was actually tailgating.

Read More: This Study Gives Us Another Reason to Hate Tailgaters

Now, is this an effective way to deal with tailgaters? Without a doubt. Did the “tailgater” on the receiving end of the tennis ball trick deserve what they got? It’s pretty hard to argue that. In fact, anyone with a working set of eyes will tell you that this absolutely wasn’t deserved. A classic case of good in theory, misguided in execution.

Just look at the footage. Technically, the driver wasn’t even remotely tailgating. If anything, the video’s uploader was in the wrong for cutting the guy off in the first place. To be fair, the roles should have been reversed here. Just gotta call it like we see it. With that in mind, that laughter at the end sounds WAY more maniacal on second watch.