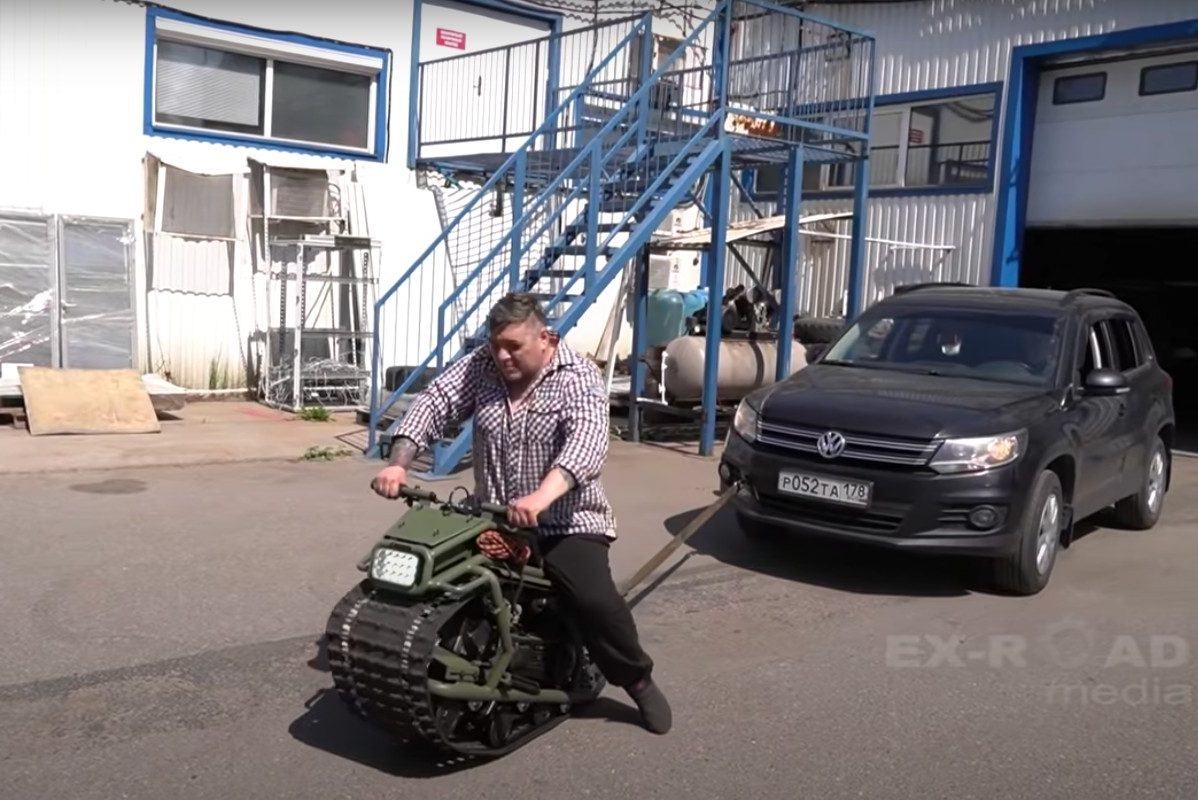 At Alt_driver, we get to witness some pretty awesome automotive technology. From personal builds to the newest company innovations, we cover it all. Every once in a while, something comes along that still drops my jaw quicker than a post-pandemic car show. This time, the vehicle that got my attention wasn’t a car at all. It was a motorcycle.

Plenty of gearheads have modded their motorcycles to perform some amazing feats. Gearheads have achieved a lot with tools and elbow grease, but this tiny motorcycle takes the cake as far as cycle designs. So, a motorcycle and a tank walk into a bar together. Enter The Hamster: this tiny Russian motorcycle tank.

The Hamster: A Different Kind of Animal

Russia is known for producing tough people and tough vehicles. You’ve got to be a different type of animal to survive a Russian winter. As a result of the harsh climate, the population is pretty rugged, and their vehicles happen to be the same. The Hamster is no different. You may not understand a word of what the fella in the video above is saying, so let me break it down for you.

The Hamster was created by Eduard Luzyanin. Eduard named it “The Hamster” because of its ability to climb all sorts of terrain, thanks to its unique design. This thing is tiny. Its size is probably more comparable to a minibike than a motorcycle. It foregoes tires for a unique tread similar to the treads that snowmobiles use.

Steering this beast requires shifting your weight on it rather than moving the handlebars. It runs on a 150cc single-cylinder engine. It’s extremely light, weighing under 200 pounds, and its top speed is close to 30 miles an hour. This custom build is exclusive to the creator, making it even cooler. The Hamster offers the unique experience of having so much control through different types of terrain while being tiny. It may not be the most expensive build or the most breathtaking, but it sure does look fun to ride!