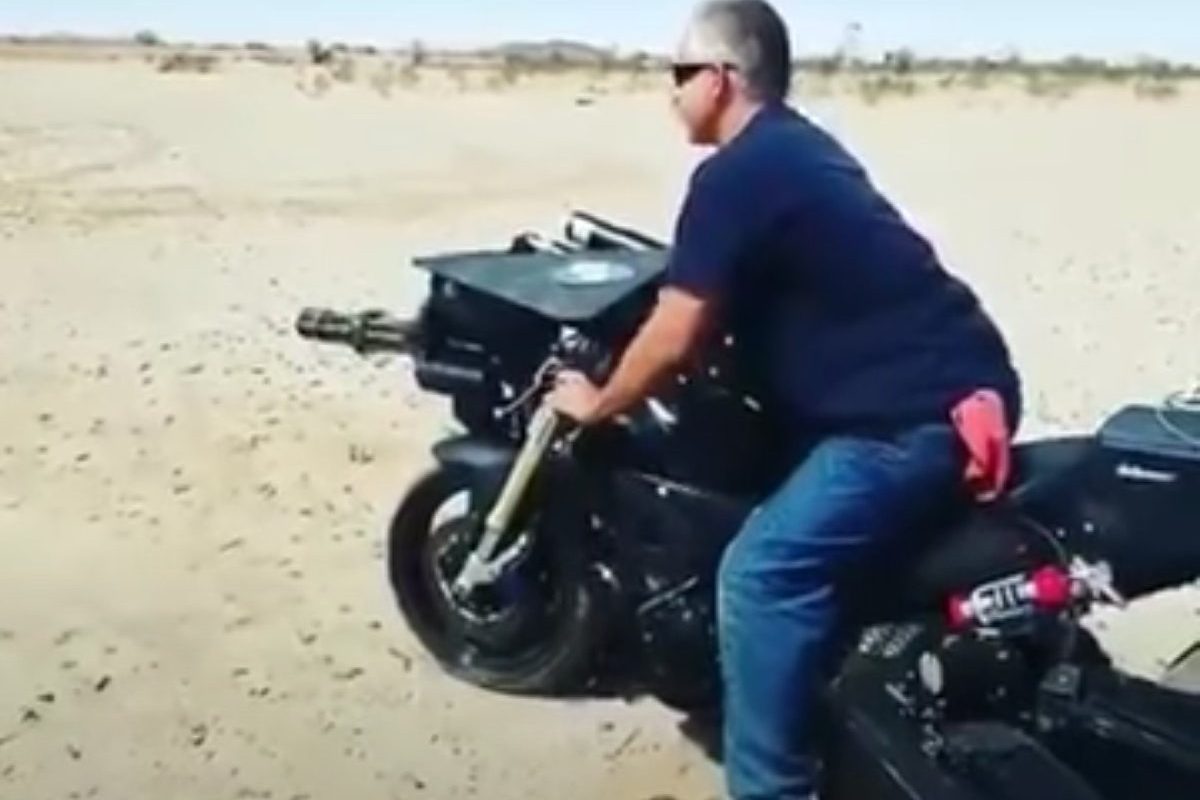 If you’ve ever tricked out a motorcycle before, you know that there are plenty of ways to take your bike from its normal factory settings to all souped-up and sleek looking with just a few quick tweaks here and customizations there. Of course, some folks out there like to go overboard and turn their bikes into full-on freaks of nature the likes of which you see in an extreme Hollywood action flick or video game.

While it looks like it would be some sort of custom mod straight out of Grand Theft Auto, this motorcycle with a minigun attached to it is actually the real deal. This definitely ain’t your average motorcycle modification, that’s for sure.

Read More: How Do You Explode a BMW 7-Series? With An Aircraft Machine Gun On a 2002, Of Course

Whoever whipped this crazy two-wheeled murder machine up is definitely certifiably crazy, but hell if we still don’t want to rev it up, get that barrel spinning, and press that trigger like a million times. I doubt your local police department would be too cool about driving it around town though. At least not while it’s loaded.

Sure, on one hand, it’d make for crazy footage if this thing could fire while on the move. On the other hand, the amount of off-the-wall and insane road rage incidents would likely skyrocket as a result. So let’s just be glad that we only have test videos of this in an isolated desert and not full-blown Mad Max-style shenanigans on the highway.

There are enough problems in the world as it is. We don’t need to add motorcycle-based mayhem to the list.