This 450-HP Caterpillar Hot Rod Is a Custom Masterpiece 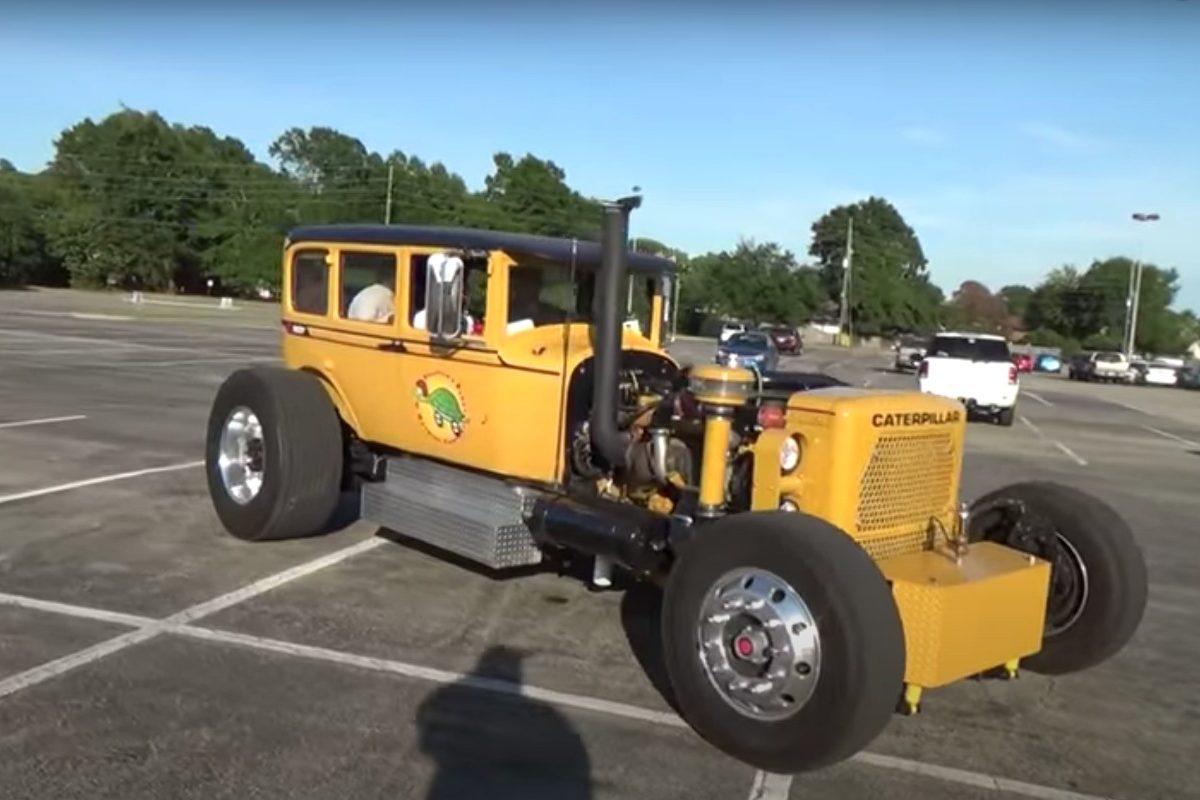 Scottie D, the man behind one of our favorite YouTube channels, ScottieDTV, treated us to yet another incredible find when he attended the 2015 Cruisin’ The Coast in Gulfport, Mississippi. Bet you never thought you would see “Caterpillar” (yes, as in the same Caterpillar that manufactures construction equipment) and “hot rod” in the same sentence, yet here we are.

Powered by a 450-horsepower Caterpillar C12 engine that puts out 1,550 lb-ft of torque and is mated to a 10-speed Eaton Fuller Transmission, this beauty was masterfully built by Snapper Schomaker. The hot rod enthusiast and owner of Snapper?s Buggy & Machine Company really went all out on the customization side. He took part of the frame from a 1996 International 9200 tractor and joined it with a 1928 Studebaker Commander’s body. Snapper (what a name, by the way) also installed the grille of a vintage Caterpillar 966 wheel loader and paired it with the headlights of a Cat 631 scraper. The whole thing’s also built on top of a truck suspension and brake system.

But, enough about the specs. Check out this wild project for yourself!

Shortly following the completion of his Caterpillar hot rod, Snapper explained via YouTube video, ?I wanted something that was a little different.? Take out the word “little,” and Snapper hits the nail on the head.