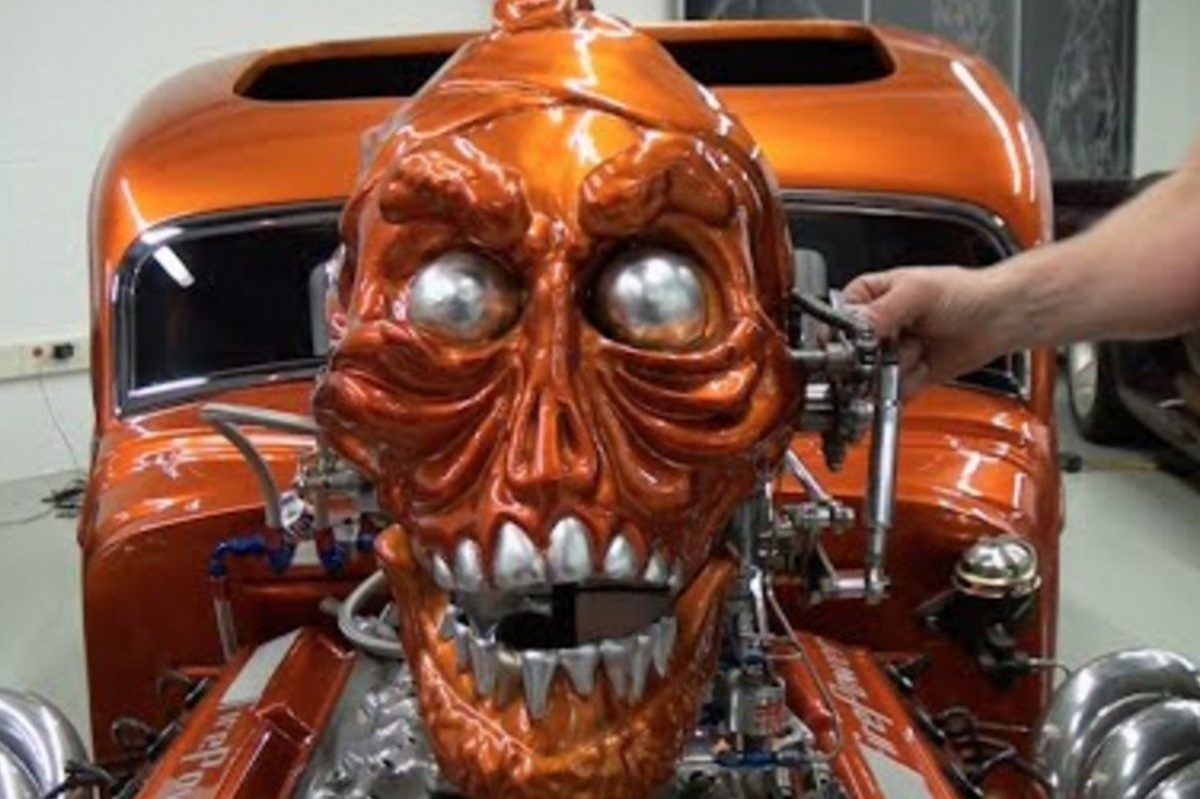 Love or hate his comedy, ventriloquist Jeff Dunham has made quite the name for himself over the years. You may have seen him perform with several of his most well-known politically incorrect puppets, and Achmed, the terrorist who’s already blown himself up, is a huge fan favorite.

For one of Jeff’s shows, a crew came together to create this hot rod called the Achmedmobile for the puppet to “drive” onto the stage. Check out the below walkthrough video as Dunham goes into detail about what it took to bring this car to life.

As you can see, they really went all out to craft this hot rod. The Achmedmobile is packed with a Chrysler HEMI engine that has custom-looped headers that spill off the sides. We’re talking dastardly as hell.

Then, there’s the bench seat and chop-top combination, which makes it so you’d have to stick out of the sunroof to even fit comfortably inside. On top of all that, you’ve also got the fake bomb-wielding front wheels and the ridiculously tall shifter. Subtle, this hot rod is not. But, then again, “subtle” isn’t really a word that can be used to define most hot rods.

The pièce de résistance, though, the thing that really defines the Achmedmobile, is the massive Achmed head right up front. We guess you could call it a hood ornament, but it’s really more of an engine ornament. It basically works as a gearhead’s version of a ventriloquist puppet, as the mouth moves as you open the throttle. Badass! Eat your heart out, Jay Leno.