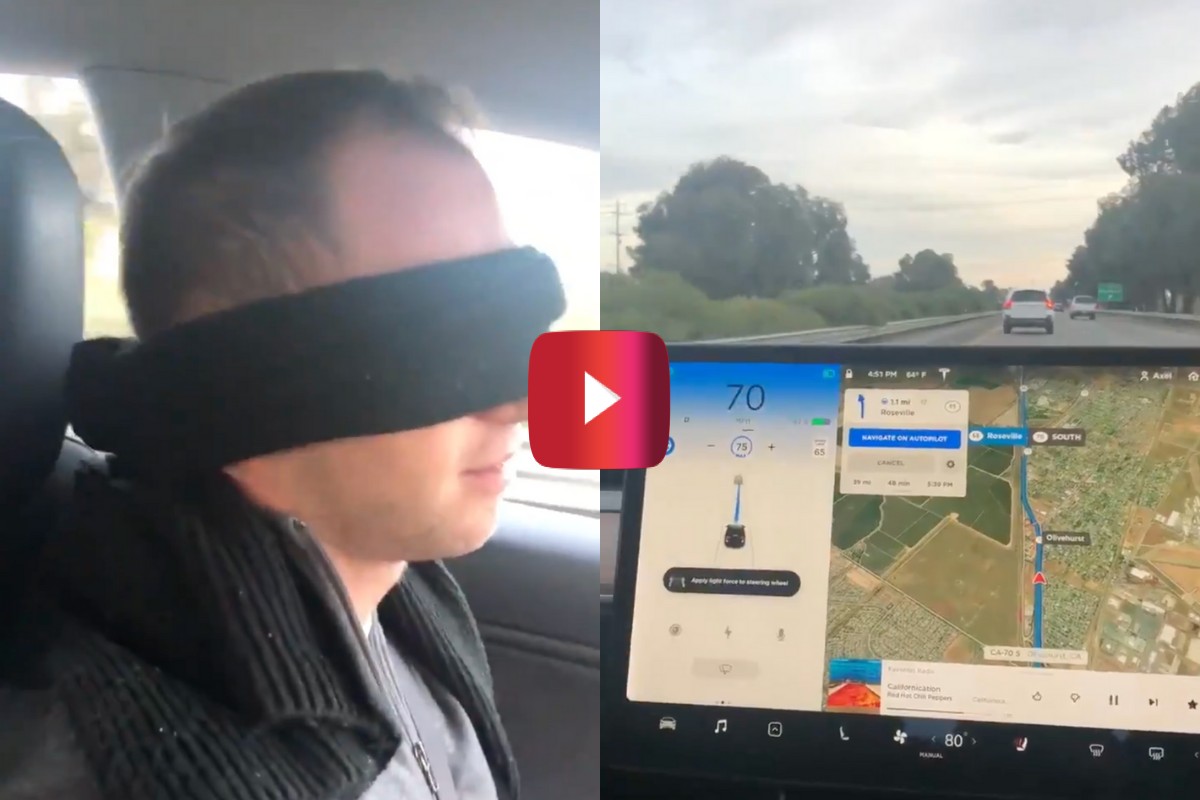 If you’ve seen the Netflix movie Bird Box, you know that the underlying premise is that the characters need to be blindfolded in order to avoid death-causing visions that are being cooked up by an unseen evil force. So, yeah, pretty outlandish, even by most movie standards.

Well, back in 2019, the flick starring Sandra Bullock spawned the “Bird Box Challenge,” in which folks attempted everyday tasks while blindfolded. Netflix urged people not to do the challenge, tweeting, “Can?t believe I have to say this, but: PLEASE DO NOT HURT YOURSELVES WITH THIS BIRD BOX CHALLENGE. We don?t know how this started, and we appreciate the love, but Boy and Girl have just one wish for 2019 and it is that you not end up in the hospital due to memes.”

But, despite Netflix’s warnings, a bunch of folks still attempted the challenge. No surprise there.

For one of the most dangerous “Bird Box Challenge” attempts, a Tesla Model 3 driver pushed the electric car up to 70 MPH while driving with a blindfold tied over his eyes. Like an absolute maniac.

Reminder that @Tesla's #Autopilot is *not* a fully-autonomous driving suite. This was reckless.

While the driver is using Tesla’s Autopilot — which employs eight cameras, 12 ultrasonic sensors, and a forward-facing radar — it’s important to note that the feature isn’t as foolproof as some people might be led to believe. In fact, there have been a number of recent cases where the use of Autopilot has led to crashes causing serious injury and even death. There was even a MIT study that showed that drivers don’t pay attention to the road while Tesla Autopilot is activated.

So, the Autopilot feature is unreliable enough as is. Add a blindfold into the mix? That’s just adding fuel to the fire of stupidity.