If you were to guess, just off the top of your head, which vehicle was the most American, what would you suggest? Probably a classic from the Big Three, or whatever we're calling them these days. Something under the umbrella of General Motors, Ford, or the American branch of Stellantis.

Known as the "American Made Index," this list is compiled each year by Cars.com, and includes many factors that determine which car is the "most" American made. That can mean parts, as recorded through the American Automobile Labeling Act, as well as the location of the assembly plant where said parts are turned into a car and the U.S. factory employment records. And, for a single model, the Tesla Model 3 is as red, white, and blue as they come, assembled in Fremont, California out of a bevy of American-made parts. 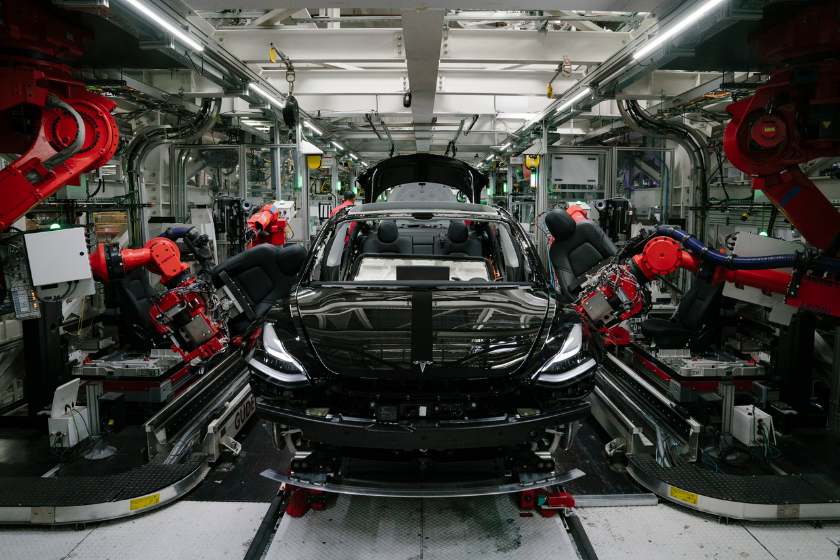 Photo by Mason Trinca for The Washington Post via Getty Images

Number two on the list? The Ford Mustang, out of Flat Rock, Michigan. The Tesla Model Y takes up the #3 position.

Interestingly enough, if you wanted to know which automobile manufacturer offered the most American cars, the answer would be General Motors. Of their stable of 344 vehicle models, 19 of those have made the list for "most American-Made." Honda comes in second on this list, with 13 models made of American parts, in the U.S. Toyota comes in third, with 12 models, and Ford sweeps up fourth with 11 models.

So, while the Tesla Model 3 is the most American of vehicles for 2021, that doesn't mean all Teslas are American. Gigafactory 1 in Sparks, Nevada is responsible for the production of the electric motors and lithium-ion battery packs used in the Model 3. The Fremont, California location -- ironically once a GM assembly plant -- is where the Model S, Model X, Model 3, and Model Y are built. However, Giga Shanghai opened in China in 2018 for final production of Model 3 and Model Y. Many of the Teslas assembled in China stay in China.

The numbers are impressive, but don't get excited about Uncle Sam driving off in a Model 3 just yet. There are plenty of interesting things on the horizon with modern domestic EV production in 2022 to take into account. Plus, we've heard Uncle Sam prefers the Model X crossover.

READ MORE: 7 Automotive Flops and What We Can Learn From Them