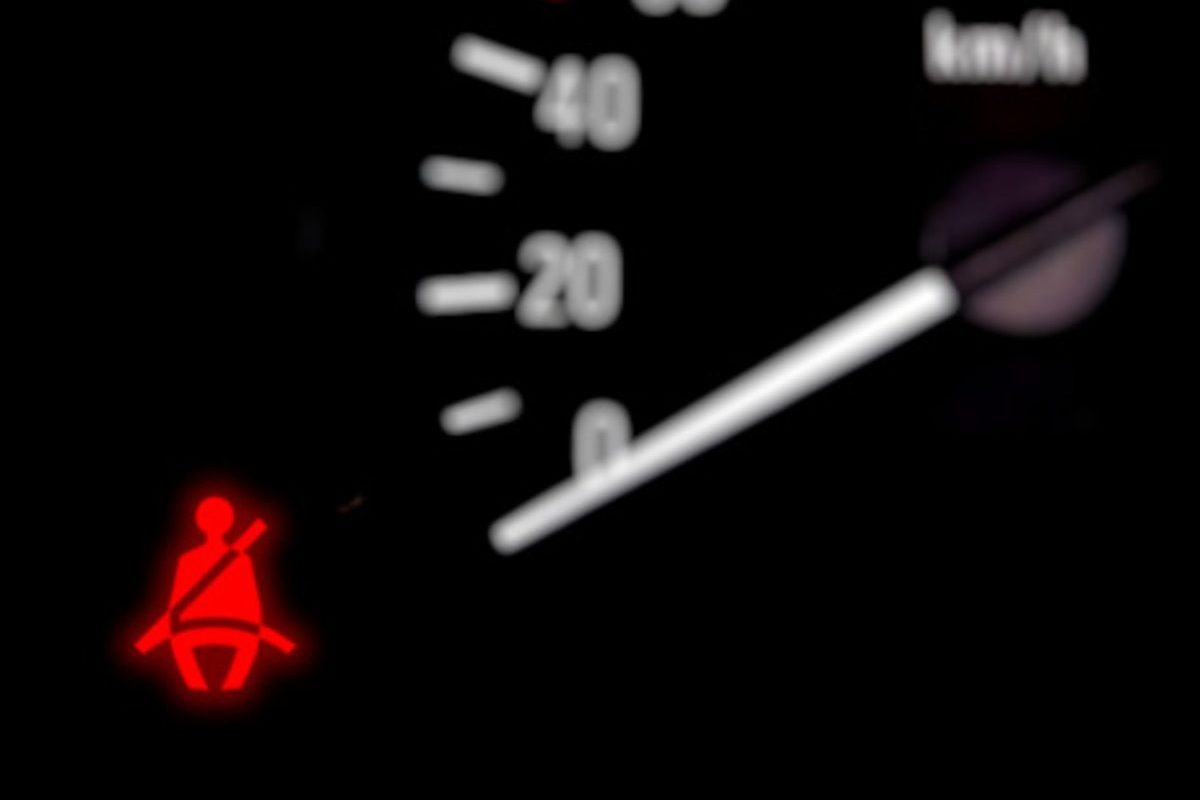 Cars nowadays are stocked with tons of different safety features. Between the supplemental restraint system (SRS), airbag system, and collision detection, to name a few, these modern-day vehicles are loaded with tech to keep you out of danger on the roads.

Now, nearly every single car on the road has a seat belt warning light. After startup, a vehicle normally does a check of the system. The seat belt light should flash a few times, then turn off. However, sometimes the seat belt light stays on, and there are a couple different reasons behind this. Much like an engine light or an airbag light, it’s not something you should ignore.

What Should You Do When the Seat Belt Warning Light Stays On?

The first thing to consider would be if the seat belt is actually fastened. Automobiles have a seat belt sensor located in the seat belt buckle of both the driver’s seat and front passenger seat. It also has an occupancy sensor, or weight sensor, to determine if you have a passenger in the car. Typically, if you’re in the car and the seatbelt is not fastened, you’ll see the indicator light pop up on the dash, along with an annoying chime that won’t stop until you’re buckled in. We all know that sound.

Alternatively, sometimes this light stays on even if the seat belt is fastened. This may hint that there’s a problem with the seat belt switch or a connector that sends a signal to the car. If this happens to you, common solutions include cleaning out the belt buckle, or replacing it all together if required. In doing so, this should help the switch act in the way it was designed to once again.

It is important to keep in mind that when you have a seat belt warning light on the dash, it usually means the safety feature is not working as intended. That means both the driver and passenger seat belt will not lock up in the event of an accident. That’s a dangerous game to play, so I’d recommend getting it fixed as soon as possible.

On the chance that you can’t do it yourself, it would be best to take your vehicle to a repair shop where they can replace the seat belt switch or buckle. If your vehicle is still under warranty, the dealership would even cover the cost of the repair.

When it comes to the safety standards of your vehicle, you definitely don’t want to mess around. Fortunately, cars are good about telling you when something isn’t functioning properly, and most of the time it’s an easy fix. That said, it’s up to you to make sure the repair gets done. Otherwise, you put yourself and your passengers at risk.

READ MORE: Here?s How School Buses Are Safe Even Without Seat Belts