The Complete History of the Toyota Truck in America 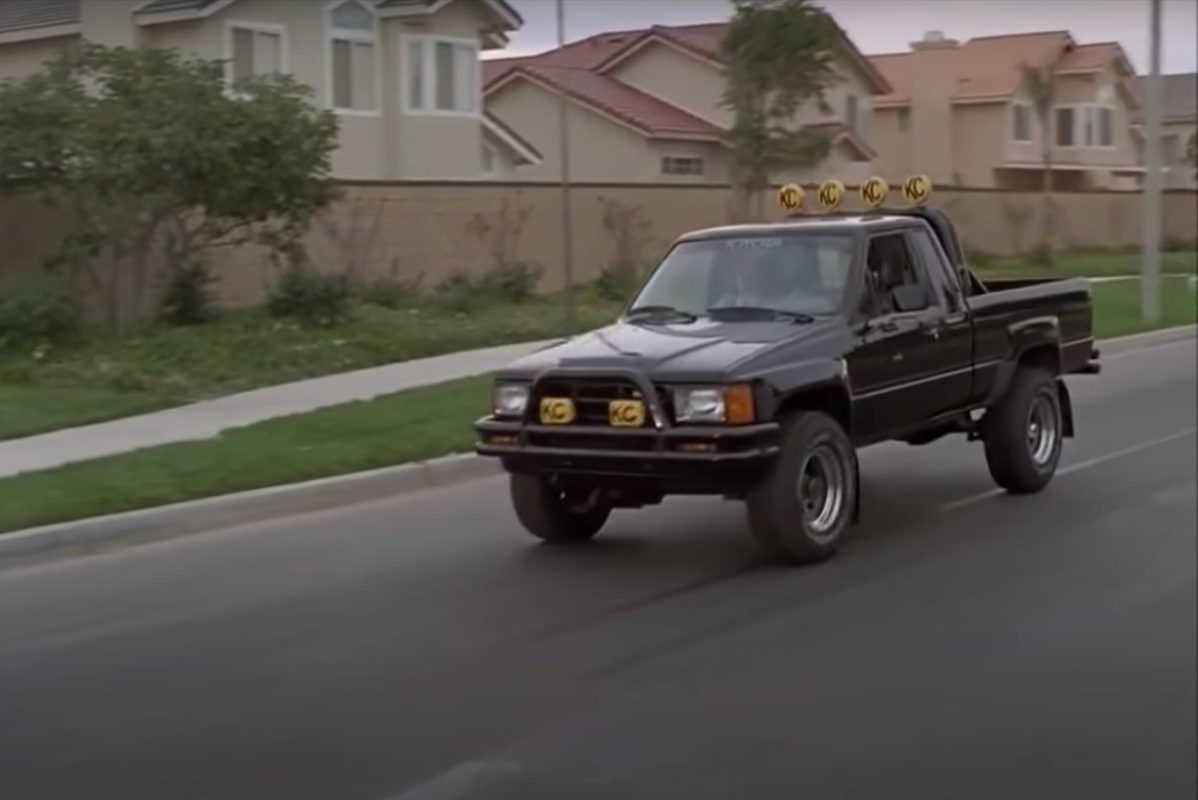 Toyota pickup trucks: Some people are diehard fans, relying on top contenders like the Tacoma and the Tundra to help them get their jobs done. Whether that means towing, stowing, or off-road hijinx depends on the driver, but it’s safe to say there are a lot of people who couldn’t live without their Toyota truck.

Then, you have the folks who are currently reading this in disbelief, learning for the first time today that there are trucks beyond Dodge, Chevrolet, Ford, and Ram. It’s true. Even Marty McFly came back to the future to his supremely sweet Toyota SR5 Xtracab pickup truck, lovingly waxed by Biff himself. But, let’s wax poetic about the very cool history of the Toyota truck in the USA.

When Did the Toyota Pickup Truck Come to America?

The first official Toyota vehicle of any size or shape to come to the U.S. was the Toyopet Crown in 1957, ahead of the launch of Toyota Motor Sales USA, the company’s first foray into the California automotive market.

Long story short, the Toyopet didn’t find much success in the States, but the Toyota Land Cruiser did, quickly hopping to the best-sellers list for Toyota from 1961 to 1965. The Land Cruiser might look awfully familiar to Jeep enthusiasts, for good reason. Born against the background of the Korean War, the OG Land Cruisers were the local choice for military, thanks to their off-road chops. Is it a truck? Is it an SUV? Is it a wagon? With over six decades of production, the Land Cruiser has worn a lot of hats, but one thing is clear — Toyota trucks owe a lot to this ancestor.

The Stout 1900, therefore, earns the title of the first true pickup truck offered by Toyota in America. It was sold between 1964 and 1967, yet it only musters a light blip on most truck enthusiasts’ radars. This could very well be because only four were sold in the first year, and while 900 were sold the following year, it doesn’t appear the Stout ever became a really big deal.

Then came the Hilux. New for the 1969 model year, this light truck came equipped with a 1.9L 4-cylinder engine that offered 108 horsepower, and while that might not seem impressive by today’s standards, the Hilux allowed Toyota to infiltrate the American pickup truck market at long last.

Its Name Is “The Toyota Pickup Truck”

In the 1970s, mini trucks were a pretty big deal. The Hilux lost its name, becoming known simply as “the Toyota Pickup Truck.” The sports-tuned SR5 model joined the pack in 1977, pairing a five-speed manual transmission to the 2.0L 20R engine to give the mini truck some serious street cred.

The 20R is precursor to the 22R, one of Toyota’s most famous engines. In fact, the 22R is still employed by Toyota today. According to many truck experts, Toyota trucks wouldn’t be here today without it.

The 22R first revved under the hood of the 1981 Toyota 4×4 pickup, creating an instant sensation in the truck world. Combining the street smarts and overall comfort of the Toyota Pickup Truck and the off-road sensibility of the Land Cruiser, the 4×4 pickup was one of the first compact trucks to offer four-wheel drive and a two-speed transfer case with low-range crawl ratio. America suddenly awoke to find that trucks could be fun and exciting.

Not only were work trucks now playing, they were downright cozy, as well. The addition of the Xtracab to the lineup added more space inside the cabin for passengers and cargo than the cramped regular cab of days gone by. Turbocharged engines also popped up, adding an extra dash of power that drivers could channel into productivity at the worksite, or beasting the local trails. In the words of Marty McFly, this truck was heavy, Doc.

Here’s where things started to really “pickup” steam, so to speak.

The Toyota 4runner again changed the truck game. Introduced in 1984 for the 1985 model year, the 4runner combined four-wheel drive with a covered cargo area. For those who are more business-minded, this preserved the cargo area from the elements, allowing for the safe and secure transport of very important things like tools. For the off-road enthusiast, this essentially turned the truck into a sort of rugged camper, with plenty of room for a sleeping bag and fishing equipment.

While today’s versions are a slick SUV-type vehicle, looking back at the earliest versions of the 4runner tells a story of a truck that could handle some pretty excellent adventures.

The Modern Era of Toyota Trucks

It wasn’t all glory and success for Toyota pickup trucks. Keen drivers may remember the T100 fiasco of the 1990s. Essentially, Toyota attempted to put a full-size eight-foot truck bed on a regular cab without changing out the 3.0L V6 engine, which had become standard by then. It was too light to be a full-sized truck, and didn’t offer enough options for the American public. Toyota tinkered with the formula, adding a 3.4L V6 in 1995 and an Xtracab configuration, but there were more important things brewing. Namely, the Toyota Tacoma.

The Tacoma came along in time for the 1995 model year, and unlike all of its predecessors, it was intended to provide a comfortable drive. The earliest Tacomas were considered compact pickup trucks and were offered as two or four-wheel drive with several cab configurations to choose from. Drivers also had a choice of engines, ranging from a 2.4L four cylinder to a 190-horsepower V6 engine. Some models were offered strictly with automatic transmission, as if to prove that this was a truck for driving on roads, not off of them.

That’s not to say the Tacoma couldn’t have fun. The TRD Off-Road package, added to the lineup in 1998, included some familiar friends, such as the locking rear differential and four-wheel drive.

The Toyota Tundra, on the other hand, has always been classified as a full-size truck. In fact, it was the first Japanese full-size truck to be built in North America, starting its life in the Princeton, Indiana production plant before being moved to Texas.

The Tundra was introduced in 1999 for the 2000 model year, making it an outright Millennium vehicle. That also means it’s always had the modern trappings, like a turbocharged V6 engine option and towing capacity that has crept from 6,000 pounds in the early days to over 10,000 pounds today.

While the earlier Toyota trucks were applauded for use of modern technology, such as air conditioning, the versions seen today are even more deluxe. Today’s Tundra is the largest truck Toyota has produced. Those looking for a Toyota pickup for sale will find Tundra hulking over the rest of the dealership, with Tacoma holding its own in sales and popularity.

What does the future hold for Toyota trucks? It’s hard to tell. It’s unlikely that the manufacturer will ever lose grip on its off-road roots, at least where trucks are concerned. Looking at old Toyota trucks might call up a bit of nostalgia for days gone by, but if the history of Toyota pickup trucks tells us anything, it’s that there’s always a second chance to be cool again.