When it comes to classic Ford custom jobs, this souped-up 1958 Ford Ranchero is about as fresh as it gets.

Classic car aficionado Scottie D found this hot rod at a car show, and considering the impressively good condition it was in, he had to share it to his YouTube channel. With some slicks in the back and a roll cage installed, this baby is ready to race, but it might be too pretty to risk it.

This 1958 Ford Ranchero Pro Street build (as Scottie D calls it) is done up in the body style that drag cars used to look like back in the day, with a fresh paint job that is SLEEK as ever. Seriously, it's like a work of art.

This is probably as up close of a look as you're gonna get to this Ford Ranchero custom car, so really soak it in. Heck, watch the video more than once. We definitely wouldn't blame you.

A Brief History of the 1958 Ford Ranchero 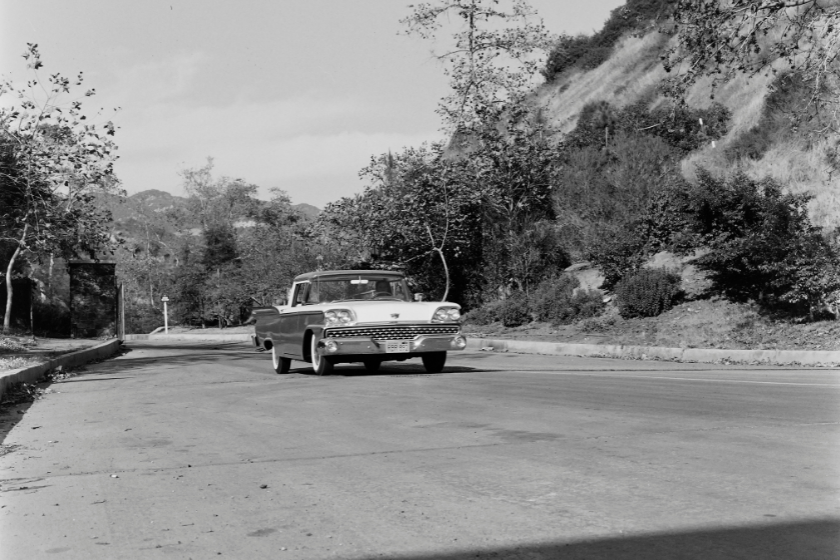 While previous coupe utilities were adapted from pickup truck platforms, the Ranchero was adapted from a two-door station wagon platform that merged the cab and cargo bed into the body.

When compared to the 1957 Ford Ranchero, the '58 model only had a few minor styling changes, including front sheet metal inspired by the Ford Thunderbird and a four-headlamp arrangement.

These first generation models (1957-1959) were particularly marketed in the American Southwest and were a huge hit with farmers and ranchers due to their light pickup type build. They also inspired General Motors to release the Chevrolet El Camino in 1959. Not a bad move from GM, considering the success that the El Camino eventually had.

READ MORE: Everything You Need to Know About the Ford F-150 Lightning