Man Saws Massive Tree Trunk, But He Should’ve Gotten a Bigger Truck for the Job 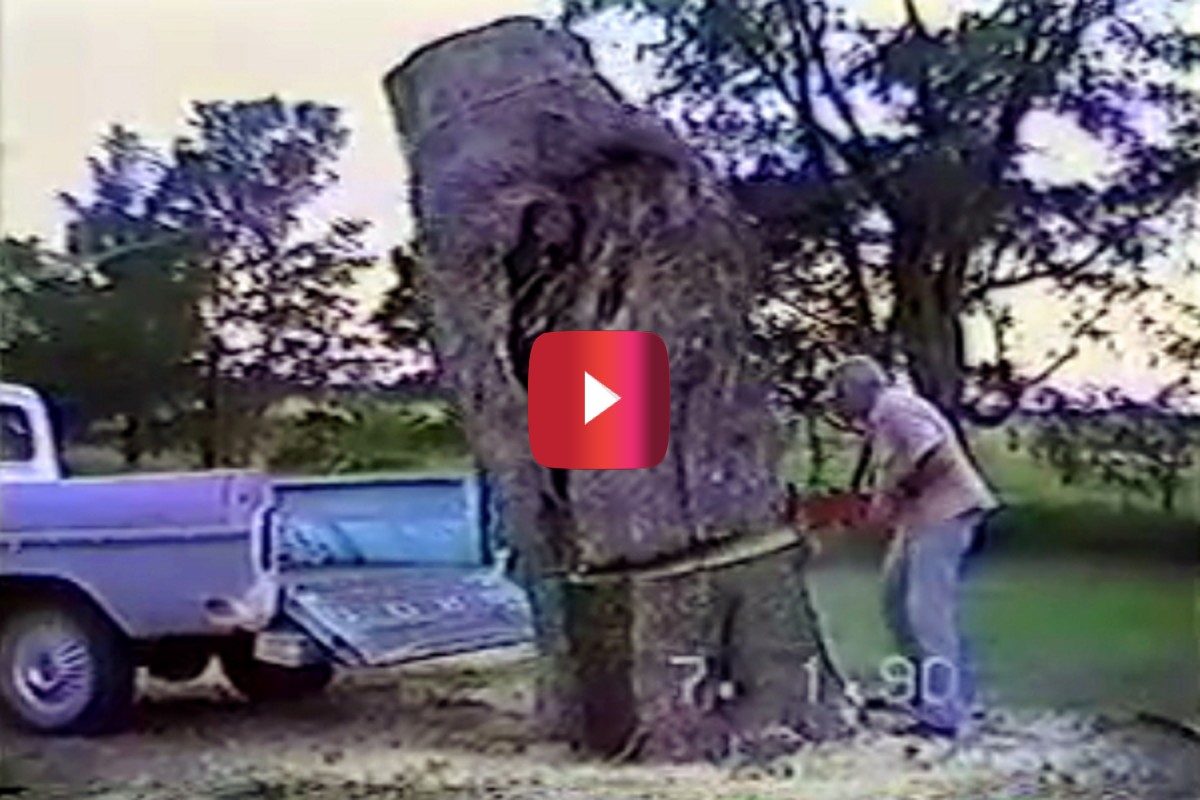 The crazy thing about redneck ingenuity is that, for the most part, it’s really just a crap shoot when it comes to whether or not a certain off-the-wall idea will actually work. Sometimes, a redneck savant will end up pulling off an engineering feat that you’d think would never work in a million years, and you’re just left scratching your head in amazement. Other times, a guy with way too many beers in him thinks he’s some sort of jerry-rigging genius, but then all hell breaks loose.

In this video below featuring an old man, an old pickup truck, a large tree trunk, and a chainsaw, we get something that’s a little in between both of those things. It starts out looking like the guy’s unconventional tree-catching technique might actually pay off, but then quickly goes the other way and ends in big-time failure.

The simple video title of “Man Saws Tree into Truck Bed” doesn’t really do the absolute hilarity of this video justice. I mean, if you don’t think the second part of this video is at least a little bit funny, then clearly there’s something wrong with you.

The moment where the guy chases down his runaway pickup, as if there’s anything he could really do to stop its momentum, while his wife screams “Richard!” is pure comedy gold. I’d be lying if I said that I didn’t watch just that part at least 10 times.

As you can see from the time stamp, this happened all the way back on July 1, 1990, and yet here we are, laughing about it in 2021. This probably isn’t what Richard is hoping he would be remembered for, but hopefully he was able to laugh it off in the end.