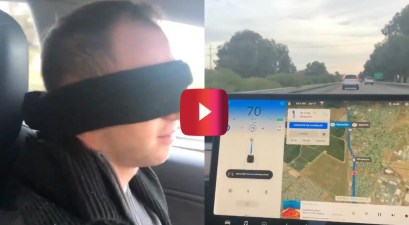 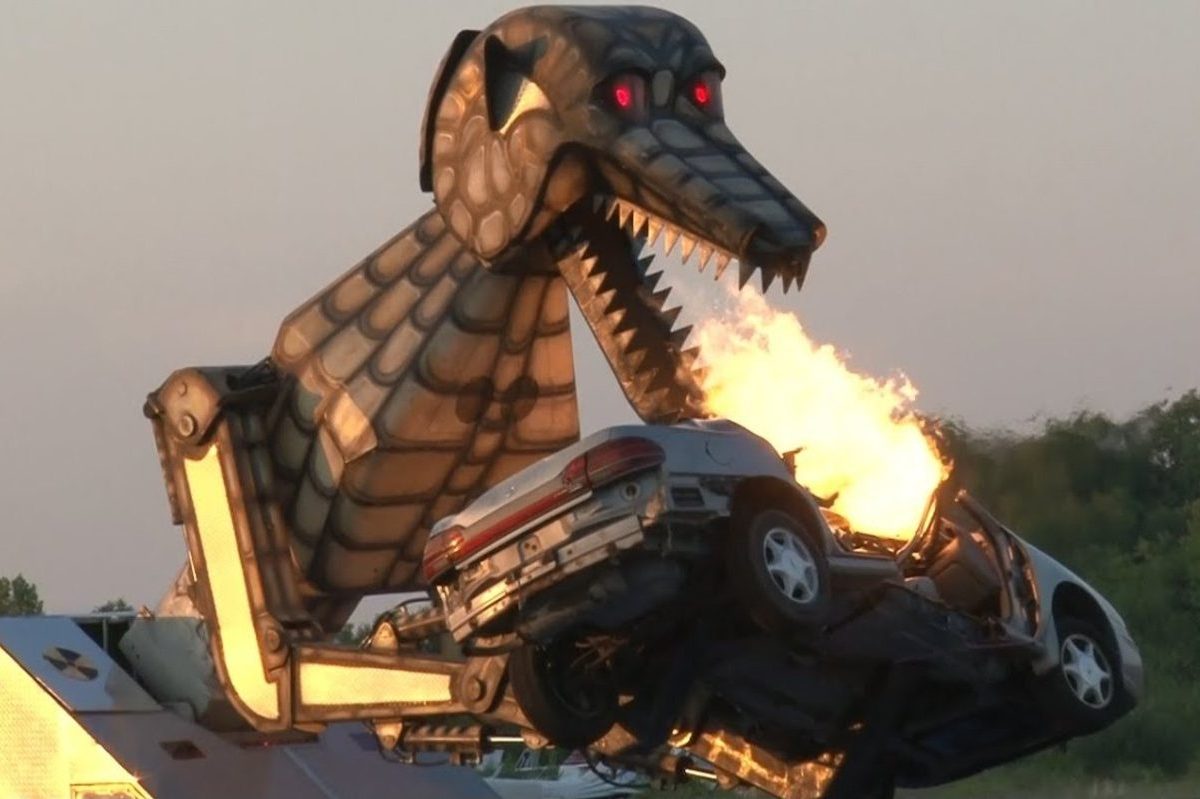 If you’re into action-packed motorsports with tons of destruction, Monster Jam is the thing for you. Not only will you get your fill during the monster truck shows, but you’ll also stay entertained during the intermissions as well.

To help keep your attention, they might even bring out Megasaurus, a giant, fire-breathing, car-eating, robotic dinosaur. After this machine wheels out to the middle of the arena, you won’t be able to look away.

What’s the Deal With Megasaurus?

Megasaurus is owned by Mike West of Wild West Entertainment. The monstrous robot is the brother to Transaurus. Both bots look similar to a Tyrannosaurus rex and have the same overall goal: Tearing cars to shreds and breathing fire. Both of these robots are smaller imitations of Robosaurus, but believe me when I say that they still pack a punch. Just take a look at this video of Megasaurus, and see the carnage for yourself.

The Megasaurus show is probably one of the coolest ways to kill some time between Monster Jam truck shows. It begins as the Sherman tank chassis drives its way to the center. Before you know it, this thing takes on a completely new form.

Hydraulically activated arms, grasping claws, and a red-eyed head with a flamethrower extend from the vehicle. This massive machine weighs over 50,000 pounds and stands over three stories tall. With 15,000 pounds of crushing force in each claw and 15,000 pounds of biting force, this robot can tear apart just about anything.

Who wouldn’t love to see a giant machine, looking like a cross between a T-Rex you’d see at Jurassic Park and a robot out of a Transformers movie, completely demolish a couple cars? Even legit monster trucks like Grave Digger would be in for a challenge.

With their intimidating demeanor and bright glowing red eyes, these dino robots mean business. Along with the monster truck events, Megasaurus has been seen on multiple television programs, including The David Letterman Show, All Jacked Up, Country Fried Home Videos, and Extreme Home Makeover, where it helped demolish the Drumm family’s house.

Not only do these dinosaurs do events in the United States, but they tour around Europe as well. The kids will love it, and it’ll leave you with an unforgettable experience. It truly is a spectacular event you’ll have to check out, at least once.