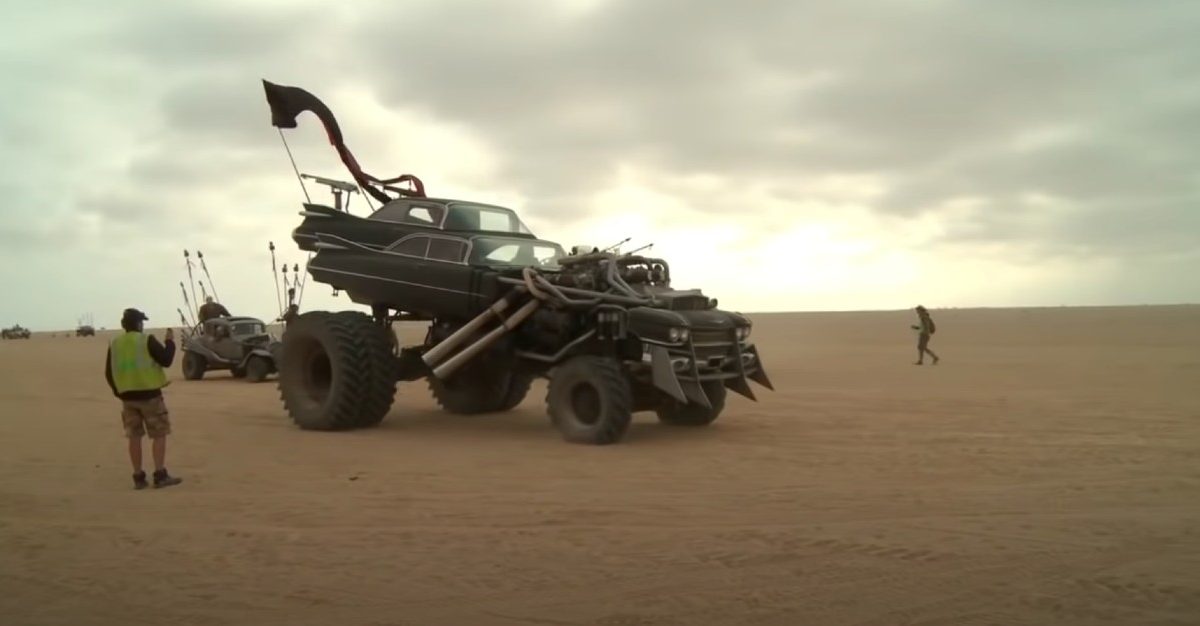 Mad Max: Fury Road had some absolutely insane post-apocalyptic vehicles in their fleet for the movie. The popular film featured big names such as Mel Gibson, Tom Hardy, and Charlize Theron. Director George Miller went above and beyond to make sure these wicked creations were one of a kind, but also functional. Some of the wild rides you see include the War Rig Semi, the Bigfoot truck, the Peacemaker, multiple Ford Interceptors with massive V8 engines, and so many others. However, there was one that truly stood apart.

The Gigahorse was quite the machine. It was a double Cadillac monster truck with six wheels. As if the outside weren’t menacing enough, it also had a massive V16 engine paired with two superchargers stuffed inside. Of all the custom hot rods, rat rods, muscle cars, and off-road vehicles, this monster truck was easily one of the biggest fan favorites from the latest Mad Max movie. For a vehicle designed to get across a post-apocalyptic wasteland, it really doesn’t get much better than this.

This monster truck sits on a completely custom chassis, and the body of the vehicle is made up of two 1959 Cadillac Coupe DeVilles. The original idea for the design only included one car, however, on Fandom, production designer Colin Gibson explained, ?In a world where nobody had one of anything, it seemed a fait accompli that he would have a pair of 1959 Coupe DeVilles.?

He also mentions that the car was picked because it was meant to represent authority and status, which fit the bill considering it was Immortan Joe’s vehicle, a.k.a. the evil king. Did I mention this thing also has a turret and flamethrower attached to the top of it? Yeah, it’s definitely ready for action, and then some!

The best part of the whole creation sits where the hood should be. It features an extremely complex drivetrain that most people could only dream of. The V16 that powers the car is actually made up of two individual Chevrolet 502Cid big-block V8 crate motors, each fitted with functional 8/71 superchargers, and locked together into one shaft.

The Chevy engine setup is said to be around 1,200 horsepower. To put the power to the wheels, they had to custom make a gearbox adapter before they were able to install the Turbo 400 transmission. They realized soon after they started shooting that the transmission was not up to par. It required a total rebuild after each day of filming. Because of this, it was eventually swapped with an Allison transmission from a truck chassis.

If you haven’t seen Mad Max: Fury Road, I’d definitely recommend checking it out. Gigahorse is only one of the insane creations, and the entire film is jam-packed with non-stop action that will leave you on the edge of your seat.