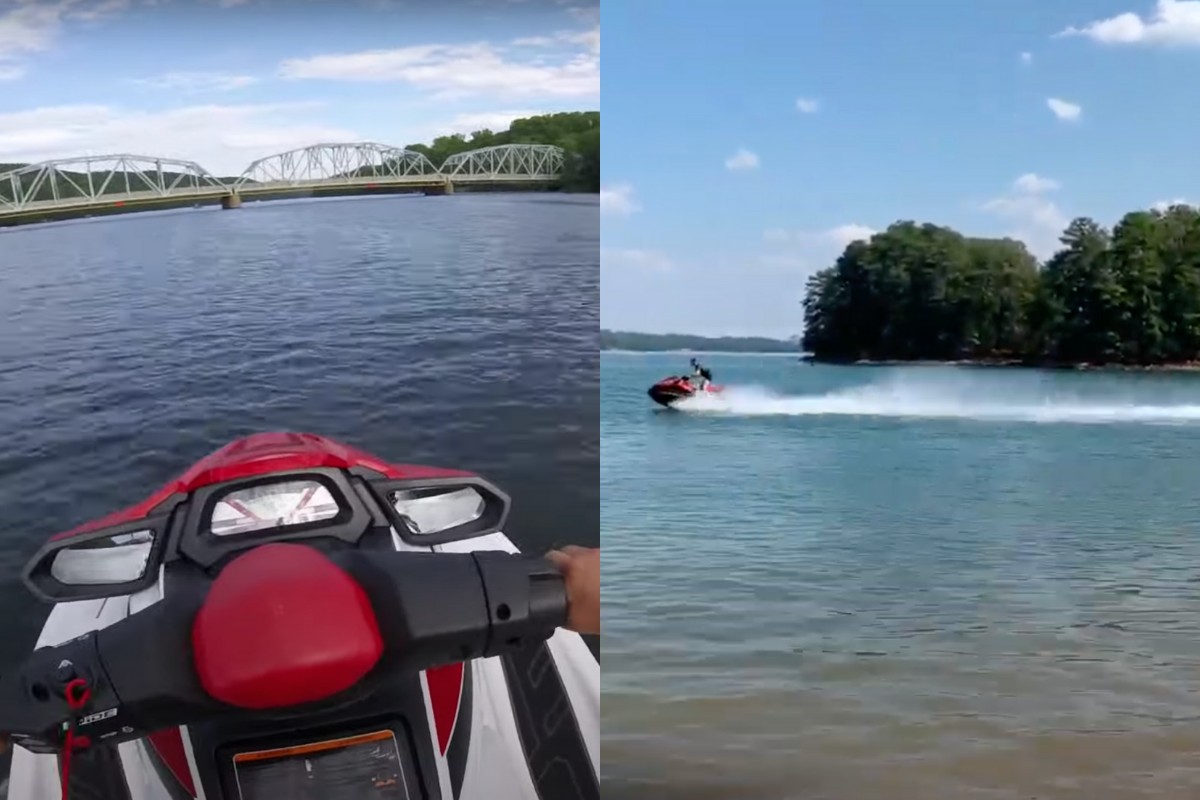 With massive improvements in design and performance in recent years, buying a jet ski or personal watercraft is more tempting now that it’s ever been before. When they start strapping turbos and superchargers on available models, there’s no doubt you’re about to have some high-speed fun on the water. You can even get warranties on these things, so you’ll know you’re covered if anything goes wrong.

The question is, though, which is the best jet ski if you’re looking for the fastest speed? Maybe you want to compete in a water drag race, or maybe you’re just like any other gearhead who wants the most horsepower and the highest top speed possible. That’s why below, we’re going to check out the fastest PWCs available in the United States, and find out how fast they can really go in good water conditions.

If you couldn’t tell by the name, this Kawasaki jet ski makes 310 horsepower, and you definitely feel it the second you pull the throttle. There’s a few different versions of this bike, however, they all include the 1,498cc supercharged engine creating 1,890 pounds of thrust. According to Kawasaki, it’s capable of reaching speeds around 67 MPH, though many owners out there state that they’ve taken them well over that. Considering it weighs in around 1,052 pounds, that’s pretty impressive. If you’re looking for the world’s fastest jet ski from the factory, this is your world record jet ski.

Variations of the model include the Ultra 310R, which has expensive graphics, a sportier seat, and some motocross style handlebars for even more maneuverability and stability than it already has. The LX model throws in Kawasaki’s Jetsound system, so you can play your favorite tunes on the water. This is one badass PWC, and if you want one, it’ll cost you around $15,299.

The Yamaha Waverunner has always been a solid choice when looking for a fun water toy. The VXR was first released in 2019, and it’s extremely impressive. It’s only 739 pounds, and when you compare that to the 310X weight, it’s night and day. Combine that with an 1,812cc 4-cylinder engine and you’ll definitely feel the need to hold on tight to the handlebars. It’s capable of also hitting that 67 MPH speed limit, and it also has enough seating for three people.

You’ll even find a brake lever, which is not as common as you might think, as well as a reverse option. The VXR is the most powerful jet ski made by Yamaha, and they manage to do it naturally aspirated too, which is pretty interesting. It’s also packed with a good amount of technology, so it’s certainly worth checking out if you’re in the market. To purchase one, the price starts at $11,999.

Sea-Doos always have that aggressive look to them, and the GTR-X 230 is no exception. While the 230-horsepower supercharged Rotax engine is slightly less powerful than the other competitors, it’s still nothing to shake your head at. With its 821-pound weight, it’s just as capable of hitting speeds of 65 MPH or higher. The jet ski also has an innovative water-dynamic design to help scoop water to the sides, and it also pushes the craft upward to glide on top of the water.

Manufacturers tend to be somewhat secretive about true speeds of these machines, but I’d say this one boasts enough performance to hang with the other top two fastest PWCs. You also have the option to add on additional storage on this watercraft and even a BRP 100W sound system. With a starting price of $12,599, it’s worth considering.

Whether you’re looking to do some salt water or fresh water riding, these machines are the most powerful PWCs on the market, and they’ll provide more than enough fun out on the water. It’s a personal choice based on what works best for your particular situation, but picking up any one of these three jet skis will definitely make your friends jealous of you. They normally sell pretty quick, so if you find a deal you like, I’d jump on it.