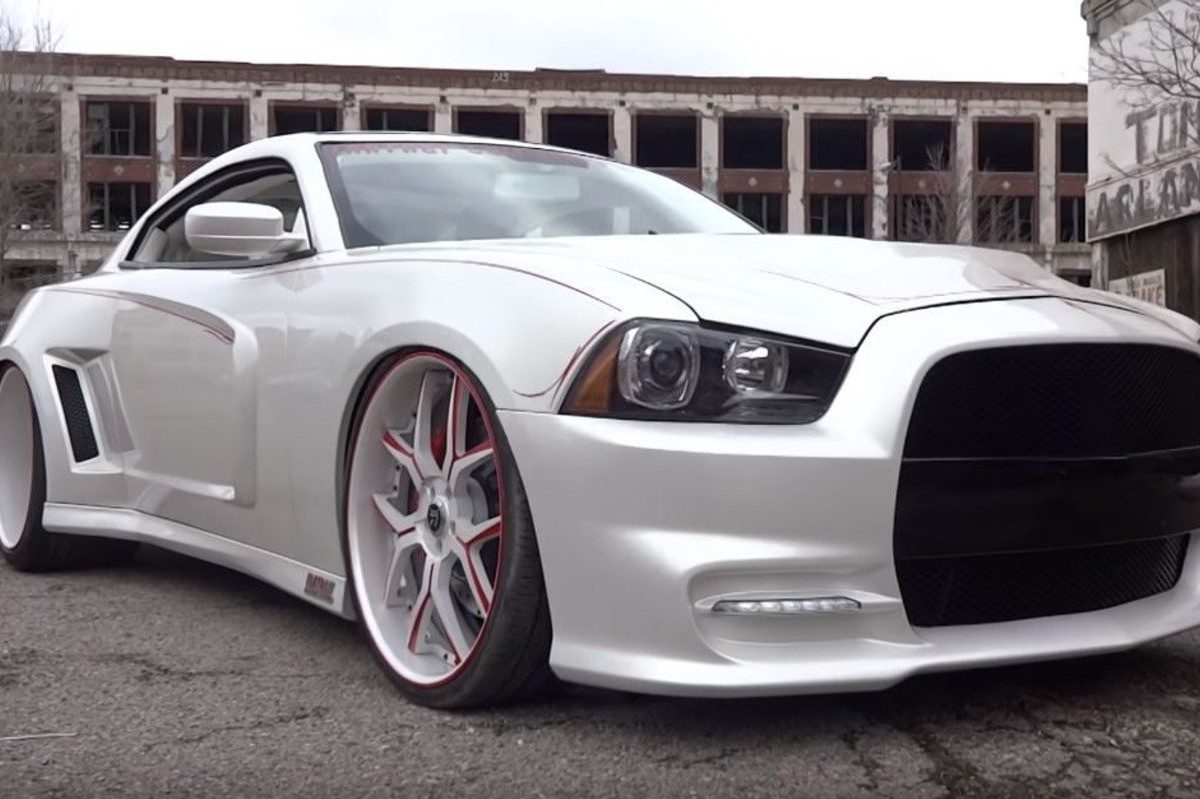 Though most folks fondly regard the Dodge Charger as a two-door muscle car, it’s undergone quite the transformation over the years. When the Charger first came into prominence in the 1960s and ’70s, it was a mid-size, two-door car. For its ’80s resurgence, the Charger emerged as a subcompact hatchback coupe, and finally, in 2006, when Dodge reintroduced the Charger, it was a full-size platform four-door sedan. Needless to say, it’s come a long way since those Dukes of Hazzard days.

Thankfully, Fantasy Collision & Customs appreciates the Charger’s classic two-door legacy, while also keeping things sleek and modern. Several years ago, the Warren, Michigan-based shop transformed a 2013 Dodge Charger R/T into a two-door, widebody coupe. At $120,000, it’s not exactly cheap, but when you see how this thing looks, you’ll probably agree that the price tag makes sense.

Read More: Finding a Dodge Charger in a Field Is Just the Start of This Awesome Restoration

As you can probably imagine, turning the four-door Charger into a two-door made for quite the extensive project. First, the car was cut in half and a part of the center section was removed. After that, the Charger’s front doors were lengthened and panoramic glass was added onto the roof. With the rear-wheel widebody mod, the tricked-out Charger pops with a more assertive and in-your-face look.

On top of that, Fantasy Collision & Customs also added on new bumpers, custom LED headlights, custom wheels, and a sleek-looking white leather interior. You’ve also got the Dynamat sound deadening that was tacked on, serving to quell the sound of the top end exhaust notes on the Dodge’s 5.7L HEMI V8 engine.

Can you imagine how incredible this ride would look in your driveway? You’d be the envy of the entire neighborhood! Now, if only you could get your hands on $120,000…

WATCH: S600 Royale: The One-Off Mercedes That Baffled Everyone