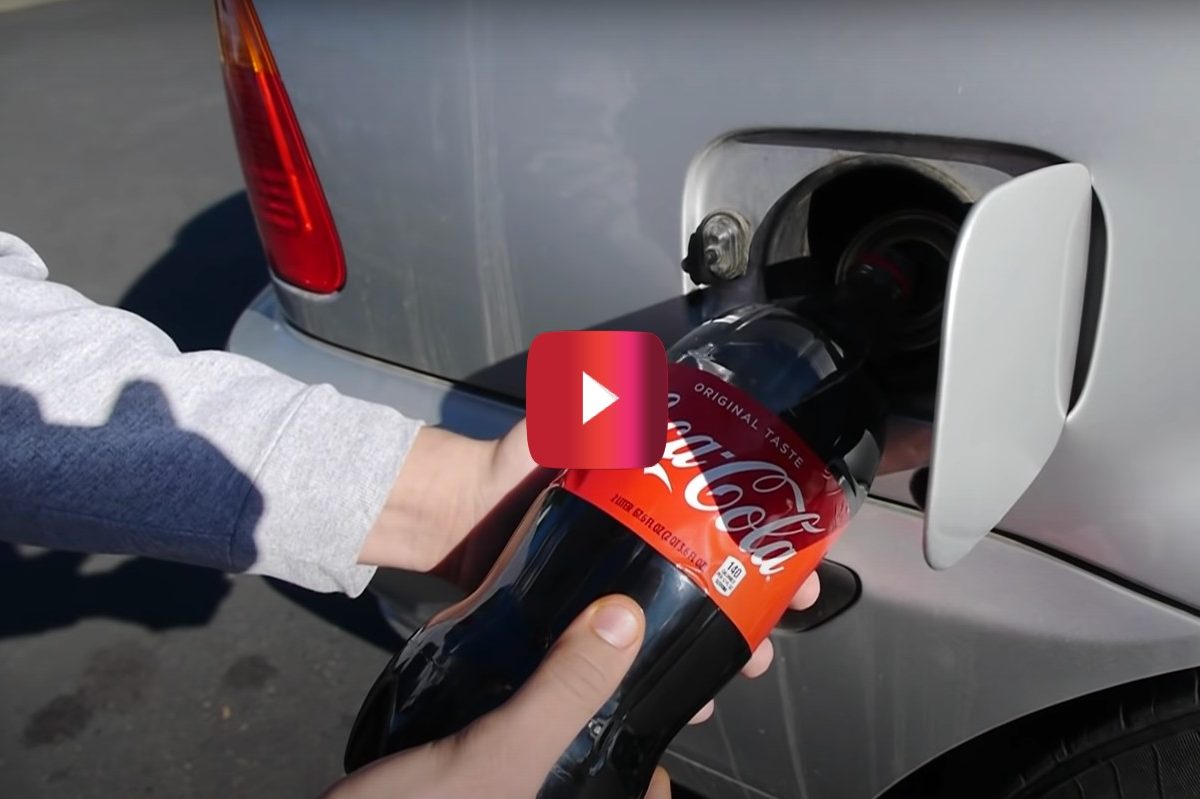 Ever wonder what would happen if you were to pour Coca-Cola in your gas tank? No? Well, you’re about to find out anyway!

YouTuber TechRax is known for putting iPhones and other smartphones through all sorts of torture to see if they can survive things like waffle irons. You know, things we have all wondered. But, in a slight departure from his usual MO, he did something different and decided to pour Coke into the gas tank of his 2003 BMW 325i wagon.

We’re not idiots. We knew (or at least had a good idea) how this was going to end right from the jump. Hopefully, you did, too. That said, you can’t help but to wonder how this whole thing would turn out. And that, ladies and gentleman, is why the internet exists.

As you can see from the above video, these “scientists” drive their poor Bimmer until the Coke gets pulled into the engine and causes the car to cut out in an intersection. After which one of the guys exclaims in his most surprised voice, “No way!”

TechRax then wraps it up, again, totally surprised that the repairs will cost more than the poor car is worth. It didn’t deserve to go out like this. That said, we wonder if the results would’ve been different if they would’ve used Diet Coke instead of the regular stuff. Maybe throwing some Mentos in there would’ve been cool, too? I guess we’ll just have to wait until next time to see that experiment play out.