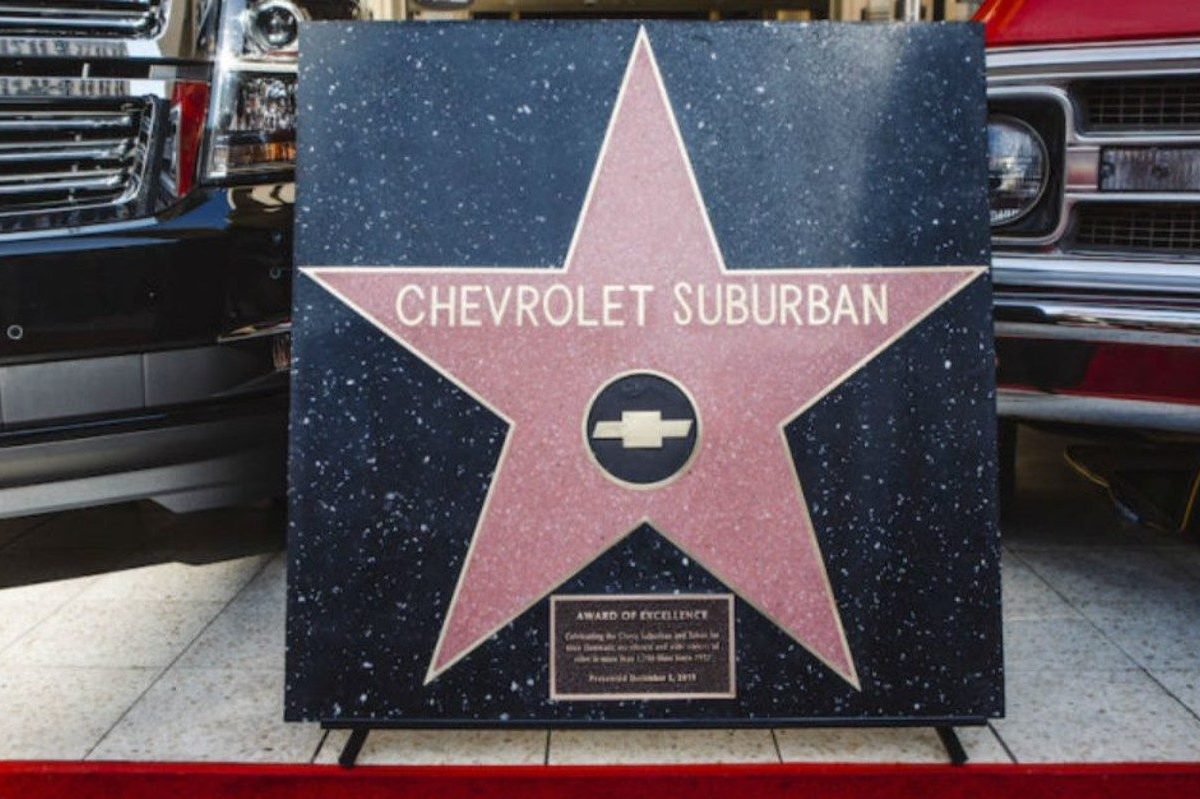 What do Burt Reynolds, Mariah Carey, Weird Al Yankovic, Mickey Mouse, and the Chevrolet Suburban have in common? They all have stars on the Hollywood Walk of Fame.

On December 6, 2019, the Hollywood Chamber of Commerce honored the Chevy Suburban with the Award of Excellence star, making the SUV the first inanimate object, and therefore the first vehicle, to get a Hollywood Walk of Fame star. The Suburban has been a staple of the entertainment industry since it made its silver-screen debut back in 1952. Since then, it has starred in 1,750 films and television series.

According to Chevrolet, the Suburban has made a TV show appearance at least once every year since 1956 and appeared in at least one movie each year since 1960. With numbers like that, that pretty much gives the Suburban Hollywood legend status. Right up there with De Niro and Pacino.

“For six decades the Chevrolet Suburban has been Hollywood’s longest-working actor,” said Rana Ghadban, CEO of the Hollywood Chamber of Commerce. “Appearing in classic feature films and on must-see television shows, the Suburban is a well-established industry mainstay.”

Dennis McCarthy, a Hollywood picture car coordinator, added, “There’s really nothing else like the Chevrolet Suburban in this business, for two reasons. First, it’s one of the most versatile vehicles in the business, able to fit with any type of character.”

“When a convoy of black Suburbans appears on screen, you know that’s not the time to leave your seat to buy popcorn.”

While it didn’t get its own star, the Chevrolet Tahoe was also recognized by the Hollywood Chamber of Commerce, getting name recognition on the engraved plaque that comes along with the Suburban’s star. Since its introduction in 1995, the Tahoe has appeared in at least one film and TV series every year. Not the same numbers as the Suburban, but still pretty impressive.

Speaking of the Suburban, Chevy’s largest SUV has more to celebrate than just its Hollywood star. In 2020, the Suburban celebrated its 85th anniversary, making it the longest-running nameplate in the auto industry.