Here Are a Few Cool Behind-the-Scenes Facts About the Show “Car S.O.S.” 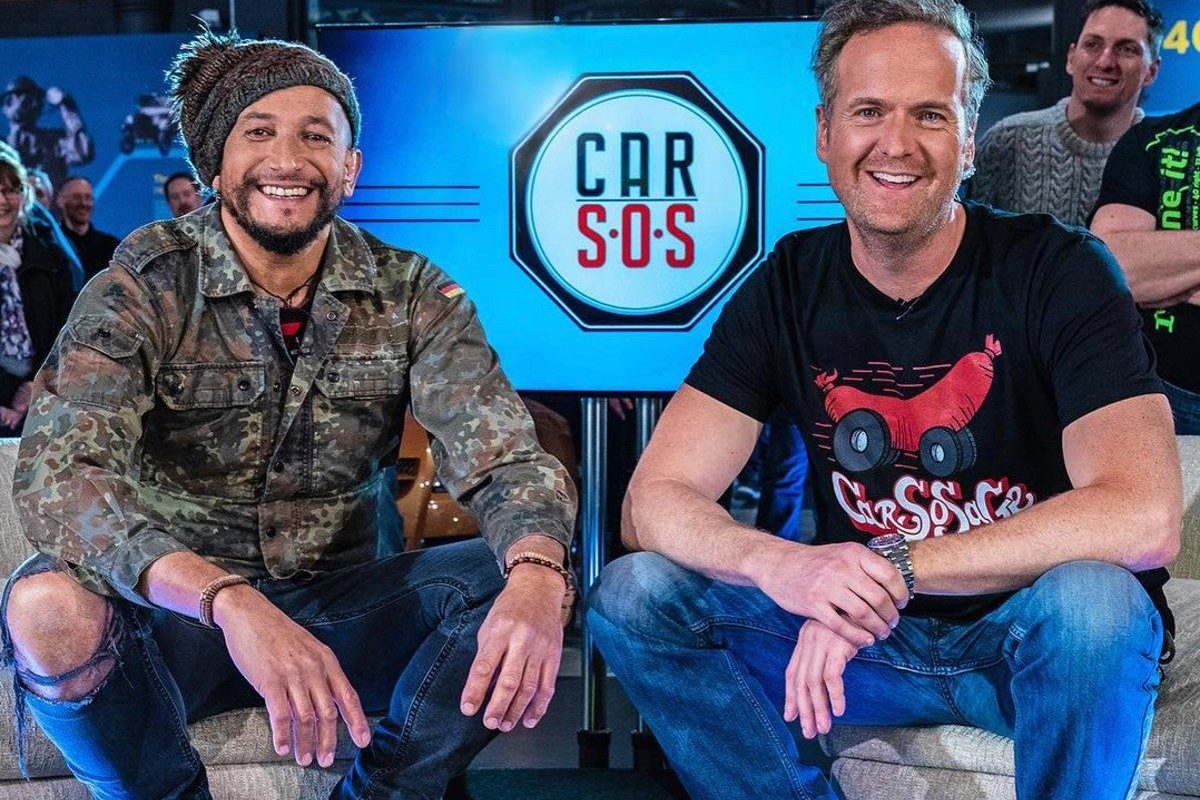 Car shows are a dime a dozen. National Geographic’s Car SOS TV series is a cut above the rest. Every car show has a unique cast and crew, but this one’s got a team that is hard to forget. You don’t have to take my word for it, the show’s been running for nine years and nine seasons, with the new series airing in March 2021. Hosted by Tim Shaw and master mechanic Fuzz Townshend, the British car restoration show focuses on a team that resurrects rally cars, roadsters, sports cars and more from the dead.

In each episode, the Car S.O.S. team finds a ride in desperate need of some TLC and restores it to its former glory. Plenty of car shows restore classic cars, but there is just something different about this team of automotive professionals. Why else would Disney+ offer the show on its premium streaming service? Here are 10 things every car enthusiast should know about Car S.O.S.

What You Need to Know About Car S.O.S.

Tim Shaw is more than just a host for Channel 4’s National Geographic. Shaw is also an amazing engineer worthy of his spot on the team. Shaw studied Mechanical Engineering and Product Design at Oxford University. He attended Oxford on a scholarship. Shaw was named “Young Engineer of the Year” twice in the ’90s.

Fuzz Townshend Is More Than a Mechanic

Fuzz is a man of many talents. Who would have thought music would be one of those talents? Townshend had a semi-successful music career off the set of CAR S.O.S. He toured the United States as part of the band General Public. He spent almost five years as a drummer for the band Pop Will Eat Itself. Fuzz even had a single out that did pretty well on the charts. He isn’t just a maestro with a socket wrench, he’s also quite the capable drummer. The master mechanic has worked on everything from Jaguars to Fiats to everything in between, and he is also one heck of a drummer.

Tim and Fuzz may appear to have the dream gig, but their show isn’t all Rolls Royces and turbo Corvettes. The duo and Car S.O.S. team received the same strict deadline for every car restoration: 18 days a car. The team has only 18 days to revive a car (rust and all). As a result, they end up putting in anywhere between 500-1,000 hours of work into each car. Can you say overtime?

The Birth of the Dynamic Duo

If it seems like Shaw and Townshend have amazing chemistry, it is because they met long before the show aired. Townshend was actually the one to invite Shaw to audition for the show. The two auditioned together and, before they could even finish the screen test, they were selected as the hosts of Car S.O.S.

Those who knew of Shaw and Townshend expected their matchup to be disastrous. The two are polar opposites. Shaw is the wild card and Townshend is cool, calm, and collected. When Shaw and Townshend began to demonstrate their amazing chemistry, it blew the minds of those familiar with them both.

Shaw’s mad skills predate Car S.O.S. by many years. In fact, Shaw was actually a child prodigy. By the age of 12, Shaw was a certified creative genius. As a teen, he successfully designed many different products using his creative skills.

All cars are not made equally and, as a result, all cars are not loved equally. After restoring close to 100 vehicles, it would be difficult for anyone to not have a favorite or two, and Shaw and Townshend are no exception. Though they try to put the same love and care into every vehicle, both hosts have been vocal about their top picks. Shaw’s favorite car that they restored was a Porsche 356 and Townshend’s favorite was an AC Aceca. My personal favorite episode was either the Aston Martin DB6 episode or the ’61 Austin Healey reassembly.

Even genius engineers make mistakes. Surprisingly, Shaw’s biggest mistake was with his own car, not anyone else’s. Tim made a bad judgment call with his prized Lotus Esprit by getting the missus angry. During his time as a radio personality, Shaw flirted with another personality, Jodie Marsh. The “genius” told Jodie that he would abandon his wife and kids to be with her. This resulted in Shaw’s wife selling his prized possession for less than a hundred bucks. Hell hath no fury like a woman scorned.

Before Fuzz Townshend was a sports car guy, he was a bus guy. Yea, you read that correctly…buses. Apparently, Fuzz had such a passion for buses that he actually took an apprenticeship with a bus company. Prior to falling in love with cars he was an entirely different gearhead. Thankfully we don’t have to endure a show about bus repairs.

The Thrill of the Reveal

The best part about Car S.O.S. is the reactions from the deserving owners. There’s nothing like seeing a person’s face when they witness the rebirth of their car. The thrill of the reveal has two very different sides. Shaw and Townshend are always excited to make people’s dreams come true, but restoration means change, and not everyone enjoys change. Shaw and Townshend have admitted that they sometimes worry about whether the owner will appreciate their work or not.

Some of the classic cars they restore are so well done (see the “Sunbeam Alpine” episode) that they could be featured in the British Motor Museum. The important thing is, Car S.O.S. is a great TV show, regardless of how the crew or owners may feel about the journey at times. Thanks to Disney+, you no longer have to order DVDs on Amazon to binge watch the series.