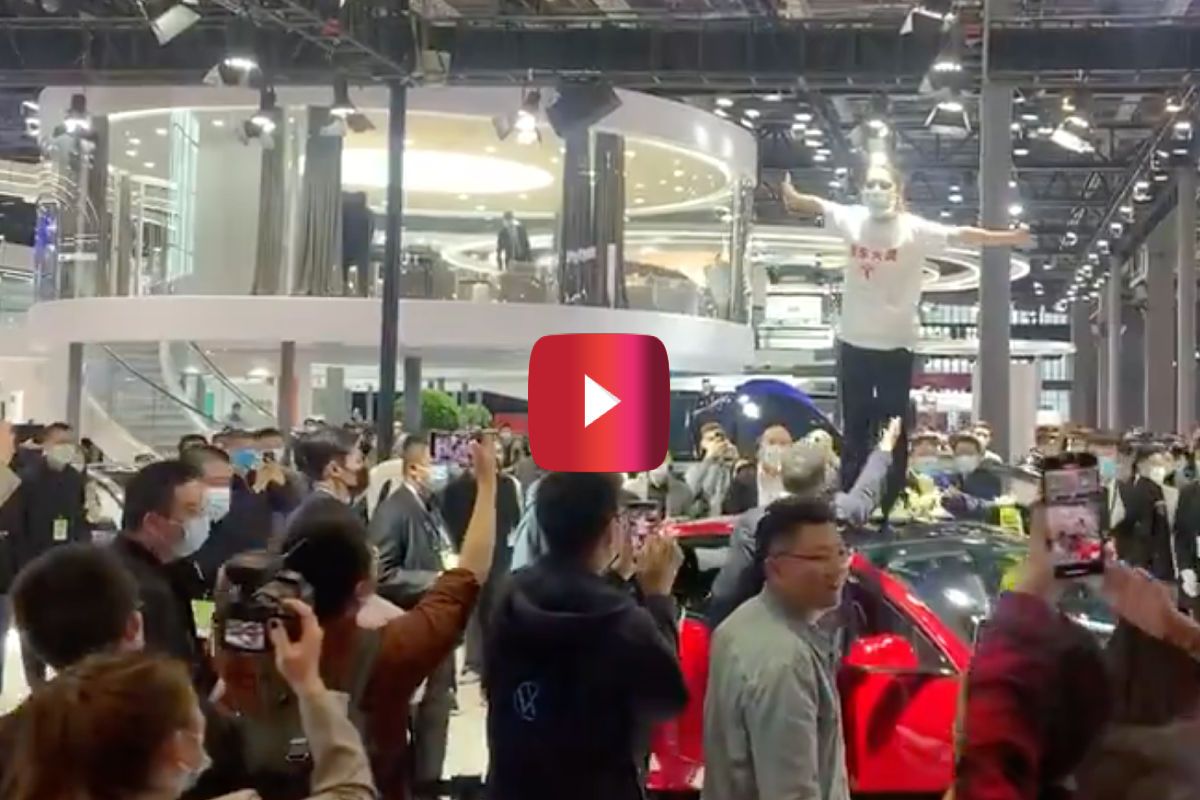 You’ve probably read plenty of articles filled with that endless Tesla love. People gushing about how amazing their vehicles are, or even begrudgingly accepting that they’re a useful addition to the garage of the everyday commuter are a common occurrence in the Tesla community.

But, surely there’s another side to the coin? Someone, somewhere has to just absolutely loathe Teslas. The balance of the universe practically depends on it.

In this video, you’ll get to see at least one person on this planet who does not appreciate Tesla. At the 2021 Auto Shanghai event several months back, this woman climbed to the top of a Tesla Model 3 to protest the car manufacturer.

A female Tesla owner climbed on top of a car’s roof at the Tesla booth to protest her car’s brake malfunction at the Shanghai auto show Monday. The booth beefed up its security after the incident. pic.twitter.com/ct7RmF1agM

Upon further investigation, it seems that she has plenty of reasons to be angry at the company. Tesla owners across China have been reporting a wave of issues, including software update failures, acceleration problems, and in this person’s case, brake failure.

We’re relying on translations here, but the message on her shirt apparently reads, “Tesla brake lost control.” According to her statement, she was driving her own Tesla 3 when the brakes suddenly failed. In the crash that followed, four of her family members were nearly killed.

In response, Tesla claimed that the vehicle report showed that all systems were functioning properly, and that she was traveling at approximately 75 miles per hour at the time of the crash. Still, in light of the many reported issues across China, plenty of people are skeptical about that information.

If, as you’re watching the video, you wonder what’s up with the umbrellas, that’s event security attempting to block her from the crowds, so they can’t see or hear her message. Eventually, guards were able to remove her from the event, but in this digital age, it would only be a matter of time before the entire world had heard the news.

Many hope that incidents such as this will help get the news out about possible malfunctions, with further tests conducted before others are involved in similar accidents. After all, technology is supposed to help us, not cause greater tragedy.