No way that?s a radio controlled car. No way, right? You better believe it is, even though it looks like a tricked-out monstrosity. Though, while the Frankenstein creation began life as your typical RC car, it’s got a little bit of hot rod in it as well. And, you’ll see why in a couple seconds (or however long it takes you to scroll down to the below video).

This souped-up car is powered by a mini V8 engine that doesn?t purr, but roars like a lion. This thing is the king of the RC car jungle. We’re talking beast mode status. It can’t be tamed! Ok, you get the point.

As you can see from the video, it not only sounds the part, but can even burn some serious rubber to boot. Forget those kiddie RC cars. Sign us up for this.

Oh, that sound. That glorious sound. It really doesn’t get much better than that. You could hear that thing coming from a couple miles away. The only thing that would make this better is if this bad boy took on another custom-built RC car in a race through the neighborhood. That’d be something to see!

Now, you’re all probably wondering (because we definitely are) what the deal was with the whole dead rat close up. That for sure came out of left field. Not sure that has anything to do with the car. Then again, maybe the sound of the RC car’s mini V8 scared the little guy to death. In which case, RIP driveway rat. May your next life be free of any terrifying remote control vehicles. 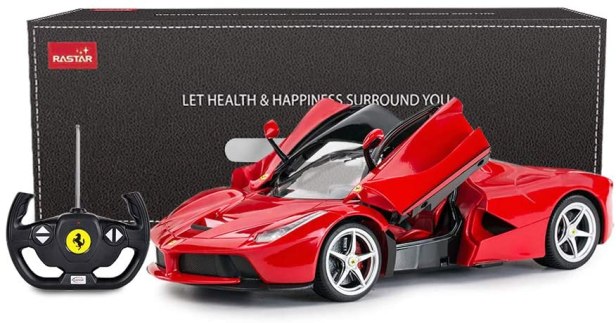