These 5 Car Mods May Be Illegal in Your State 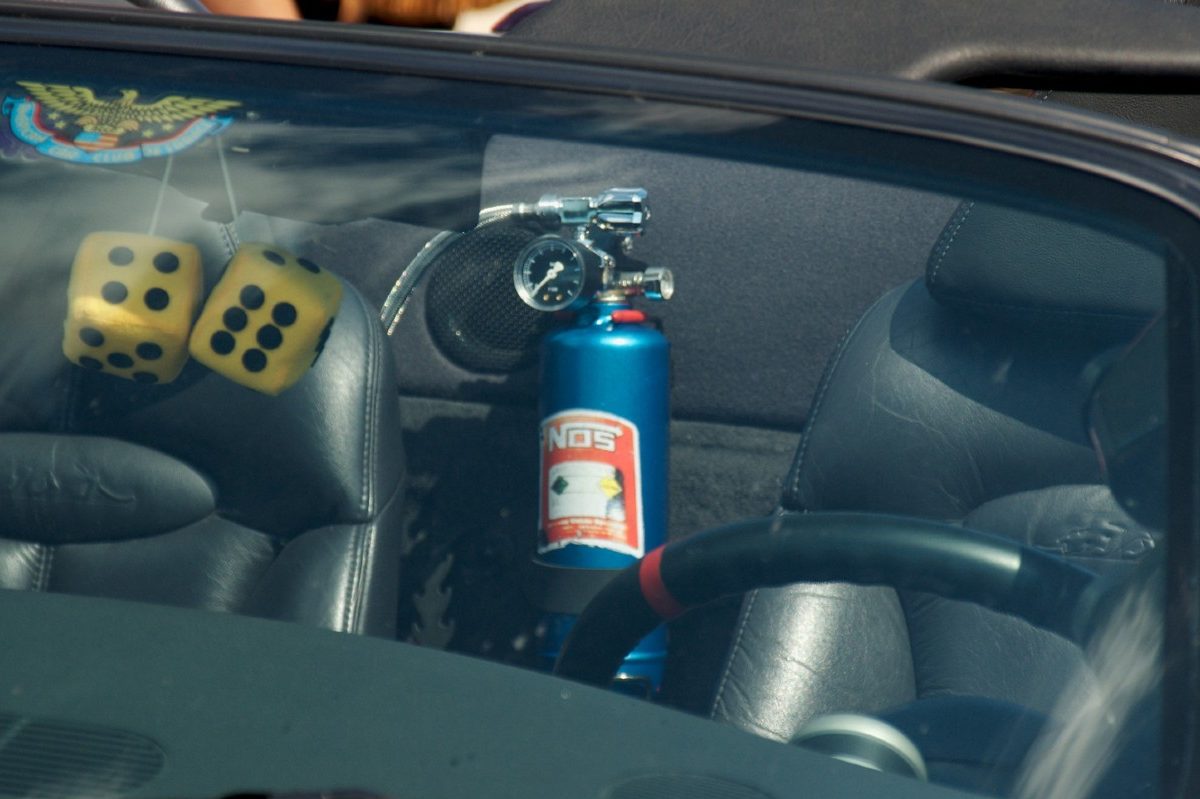 For some people, a straight-from-the-factory ride can be about as exciting as a tuna sandwich, no matter how sleek the car looks. This is where car modding can serve as an exciting and rewarding alternative.

That being said, from a legality standpoint, not all car mods are created equal. Whether they’re enforcing safety standards on public roads or just following a “because-I-said-so” line of reasoning, some states really crack the whip when it comes to certain types of car mods.

Here, we’ll focus of five potentially illegal car modifications, depending on where you live.

Noise violations can be the bane of any high schooler’s existence, but states like Florida really crack down on low sound systems, particularly in residential areas at night. So, be sure to look up your local laws if you plan on cranking up the noise levels during that next trip.

You’re probably familiar with the term “lowrider” or, at the very least, if you’ve seen any street racing movies, have seen one in action. So, with that image in mind, you understand why lowering a car’s suspension presents such an sought-after experience, both aesthetically and performance-wise.

However, with the potential for damage and other risks presented by having too low of suspension, some states crack down on lowriding. For example, Georgia has a law that requires that suspensions can’t be lowered more than two inches past factory specifications, while Maryland also has traffic laws that prohibits too low of a suspension.

In New Hampshire, no part of a car’s chassis or bodywork can be lowered below the lowest part of the car’s wheels.

Read More: An Off-duty Police Officer in California Broke up a Full-on Brawl Between 2 Road-Raging Couples

While some people enjoy the lowrider look, others, particularly truck drivers, appreciate the more high-lift experience.

But in states like Ohio or Florida, it’s illegal to lift a midsize sedan or muscle car above 22 inches or a truck over 26 inches. In Indiana, you can’t elevate a bumper more than three inches, while Connecticut only allows drivers to raise their ride’s suspension by a max of four inches.

Georgia, on the other hand, has a two-inch lift limit.

While Nitrous Oxide Systems (or NOS) is, for the most part, legal for off-road use or events held on private property, many state laws outlaw its use, in one way or another, on public streets.

In Ohio, for example, you have to sign a form after buying nitrous oxide that you understand that it’s illegal to use in a car, and sellers keeps your name on a list for two years following the purchase. Sorry, Ohioans, no Fast and the Furious scene recreations for you.

When it comes to the car modding legality, window tinting tends to present the most variance from state-to-state, so you will want to really read up on your state’s tint laws before undertaking any tint jobs in the near future.

In Illinois, you can’t tint your front or side windows unless you provide medical documentation proving that you have a medical condition that necessitates tinting. Other states regulate tinted windows based on light transmittance percentage. For example, in Alaska, there needs to be 70% light transmittance in the front windows and 40% in the rear windows.

Other than that, tint away, Alaskans!