Woman Smashes Up Her Husband’s Corvette With Giant Wrench 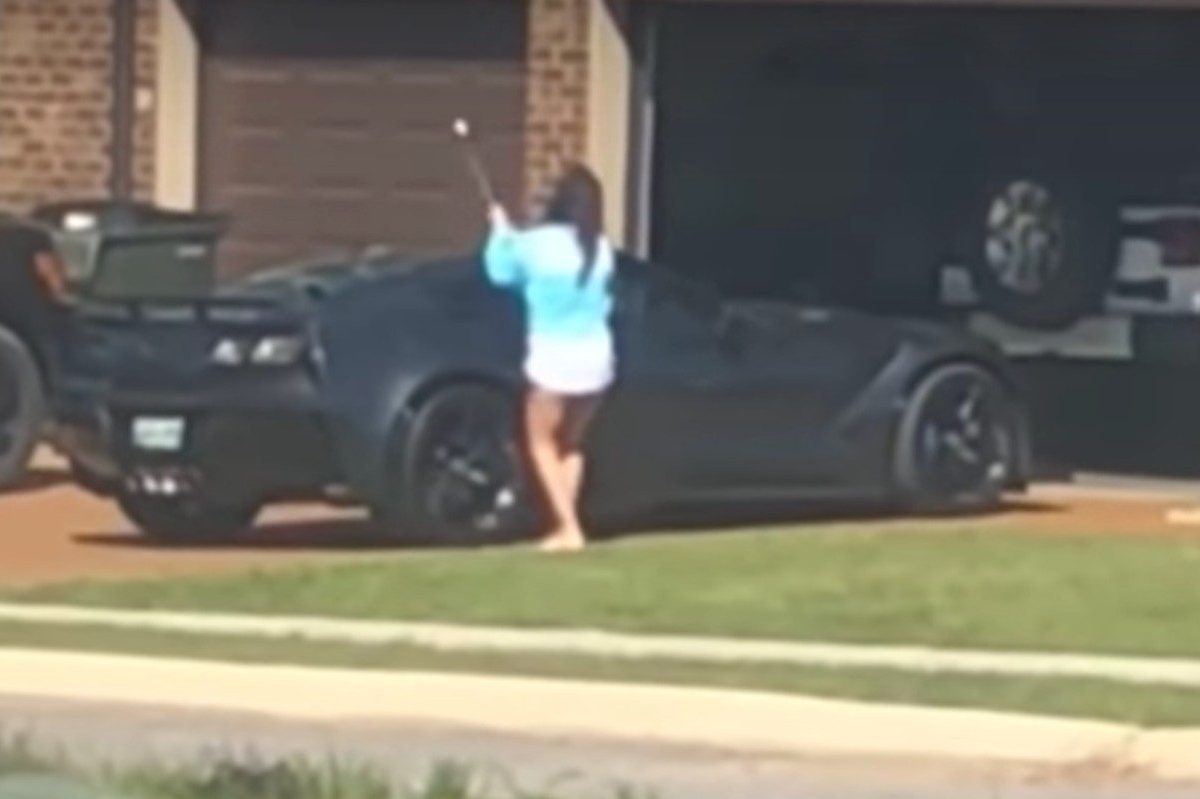 When it comes to the levels of anger that one can express towards a significant other, somewhere on the higher side of the spectrum is smashing that person’s car with an easily wieldable object. Short of physically harming someone, it’s the ultimate form of taking out seething domestic rage, almost to the point of being cliche. And, while no one envies either the recipient or the perpetrator of the car smashing, it admittedly does make for a fairly entertaining scene.

That’s why when one woman saw her neighbor absolutely going to town on her husband’s Corvette with a giant wrench, she was quick to get out her phone and start recording. You can see the aforementioned vehicular destruction in all its gritty glory in the video above.

Warning: If you own a Corvette or a similarly expensive car, you may want to shield you eyes.

“I was outside doing yard work when I hear the neighbor across the street yell some cuss words,” writes the neighbor who filmed the incident.

“She walked into the garage and pulled out the 3-foot wrench and started beating the car. The [husband] was in the garage at about 35 sec and you hear him say “honey stop.” The baby crying is from another neighbor and has nothing to do with what is going on. After she got finished with the car, they both went in. About 15 min later he comes out picks up pieces and throws them in the trash. He pulls the Corvette into the garage and gets in another truck and leaves. She stayed a few more hours before she left with what looked like her mom. no cops were ever called and nobody has been home since this happened.”

Now, I don’t know what the owner of that Corvette did to get his wife so mad with him. Safe bet is that it had something to do with cheating, but who knows? Maybe he forgot to get her flowers for their anniversary. Maybe he didn’t notice her new haircut. Maybe he forgot to pick up the kids from school. Hell, maybe it was all just some sort of elaborate insurance scam that both the husband and wife were in on.

Whatever the case, I hope they were able to smooth things over in the end.