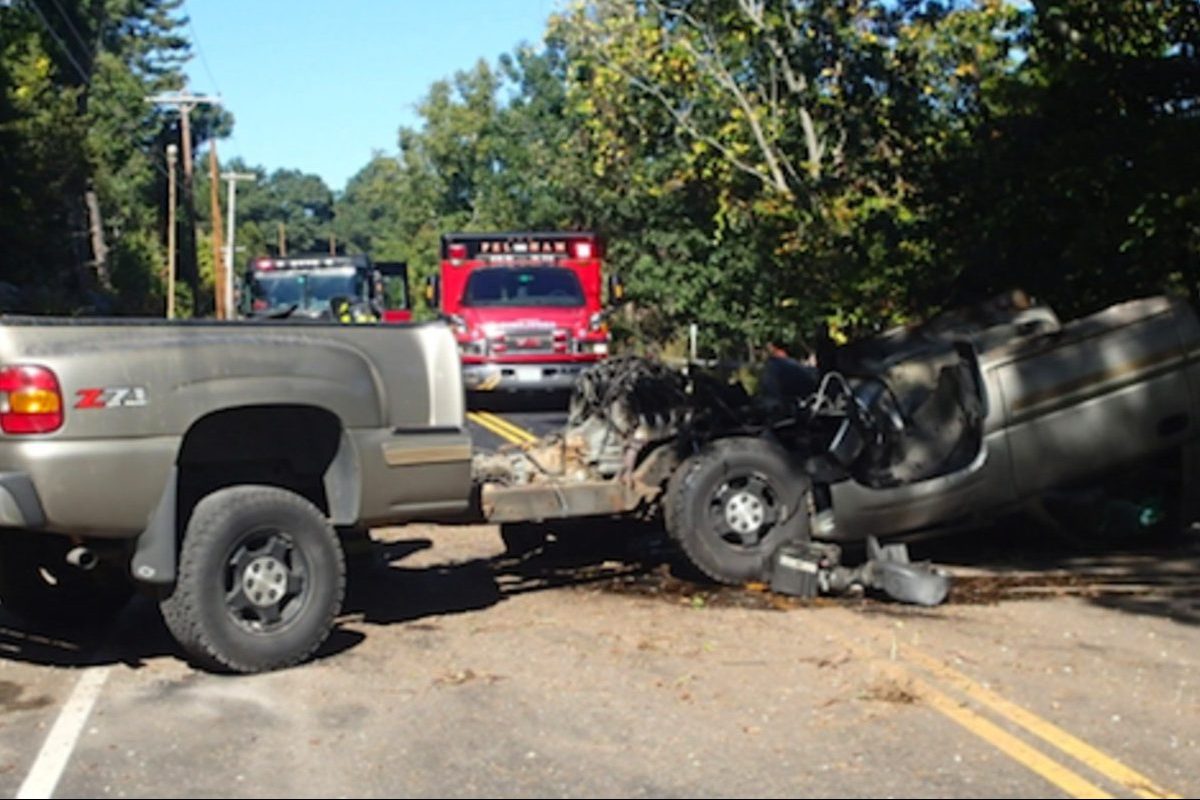 It’s been two years since a crash in Pelham, New Hampshire ended in a pickup truck’s cab coming right off its frame. Even after all this time, the incident still resulted in some of the craziest and most inexplicable crash pictures we’ve ever seen.

Back on September 28, 2017, Pelham police responded to a scene described as a “vehicle rollover” on, but that doesn’t begin to explain what happened in the picture seen above. A mechanical failure reportedly led to the driver of a 2002 Chevrolet Silverado losing control of the vehicle before the cab of the truck was completely separated from the frame.

The 21-year-old driver only sustained minor injuries, but it’s difficult to tell based on the photos how exactly it happened. The body mounts clearly failed, but how in the world was the truck basically cut in half?

Here’s part of the press release from the Pelham Police Department:

“The cab of the truck was completely separated from the frame. The operator, Danielle Taylor, age 21 of Lowell, Ma was able to crawl out of the vehicle on her own. She suffered only minor injuries in the accident. The operator indicated she felt the steering wheel begin to shake just prior to losing control. It appears that the accident was the result of mechanical failure. Mammoth Road was shut down for approximately one hour while crews worked to remove the vehicle. The accident is still under investigation.”

For starters, it’s incredible that the driver escaped with only minor injuries considering the truck was basically cut in half.

But, the entire accident and the photos from the wreck raises more questions than answers. The driver said she felt the steering wheel shaking before the wreck before losing control, but nobody could really answer the question of how exactly the truck’s cab managed to become detached from the rest of it.

Luckily, the driver ended up being fine. Hopefully, for her own sanity, she was eventually able to figure out what exactly caused the accident.