Sparks Fly From Pickup Truck As It Drives Without a Wheel 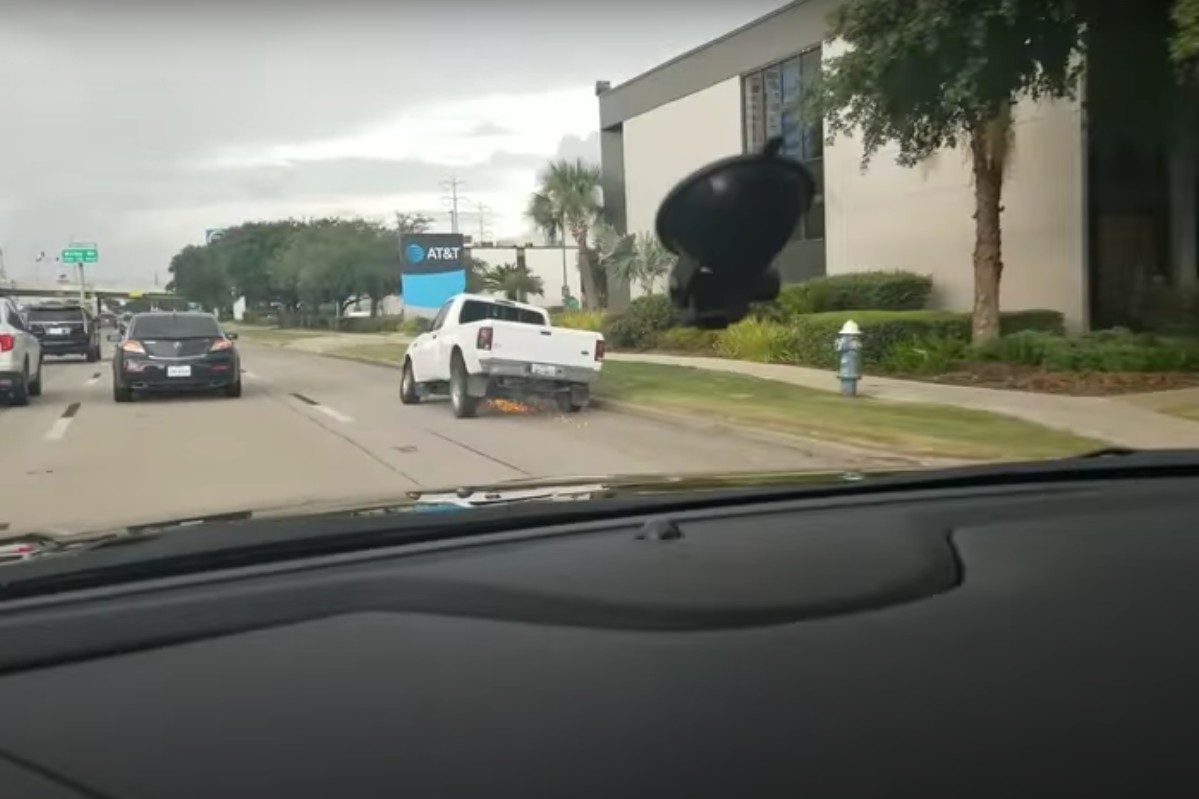 Either they don’t have very many tire shops in Houston, Texas, or one pickup driver really had somewhere to be in a hurry.

Amateur video footage shows a three-wheeled truck cruising through Houston streets — sparks flying and everything — as if nothing were out of the ordinary. While the driver did have his hazards on, he didn’t really seem to be in any rush to pull over. To quote a Limp Bizkit song, he just kept rolling, rolling, rolling, rolling.

“What the hell is this guy doing?” Yeah, that pretty much sums it up.

You would have to be the guy himself to really know what was going through his head, but if I had to guess, this is a guy who was smack dab in the middle of a terrible, horrible, no good, very bad day. He probably slept through his alarm, spilled hot coffee on himself while he was walking out of the door, got stuck in gridlock traffic, showed up an hour late to work, got chewed out by his boss, left his lunch (and wallet) at home, got yelled at by his wife, and found out that his weekend fishing trip had been cancelled.

That missing wheel just so happened to be the last thing in a litany of terrible things to happen to the pickup driver of our little tale. But, rather than deal with his pressing predicament, he decided to just keep on driving and ignore his problems. “Because what’s the point?” He thinks to himself. “What’s even the point?”

Of course, that’s only one way of looking at it. Maybe his truck just happened to come with three wheels.