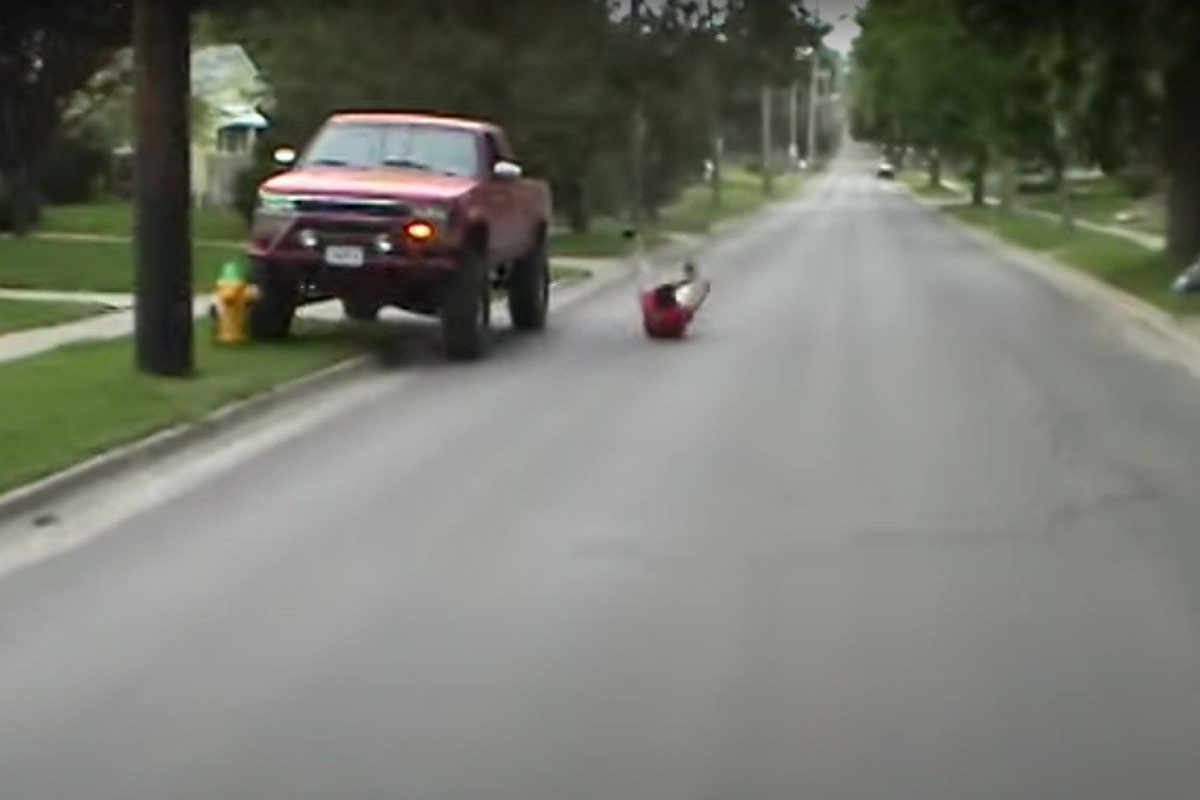 Getting out of a vehicle while it’s still moving and doing stupid stuff on or around it has existed long before Twitter, YouTube, or even the internet. For example, there’s this off-the wall trend known as car or truck surfing that has been around way before any sort of stupid viral trend. Also popularly known as “ghost riding the whip,” this definitely isn’t something they teach you at driver’s ed. If you’re not familiar with ghost riding, go look it up right up now. It’s okay, take your time. We’ll wait.

Did you look it up yet? Pretty crazy, right? Surprisingly, despite the obvious safety risks associated with this wild stunt, there are actually folks out there who attempt to ghost ride their whips for all to see. Whether through actual coordination or just pure luck, some drivers are able to successfully pull it off, while others fail miserably and either end up crashing their cars, hurting themselves, or both. Unfortunately for one pickup driver, the video below features someone from the latter category.

As you can see from the footage of this ghost riding attempt gone wrong, the guy was lucky he didn’t end up getting way more severely hurt. There were several different moments, from him getting on top of his truck to him jumping off the truck to the truck crashing into the telephone pole to the truck rolling back towards the driver, where this dude could’ve gotten seriously more messed up.

Technically, the video doesn’t show the immediate aftermath of the epic fail, so for all we know, this wannabe Darwin Award winner could’ve gone to the hospital for some seriously injuries. At the very least, he definitely ended up sustaining a bruised ego.