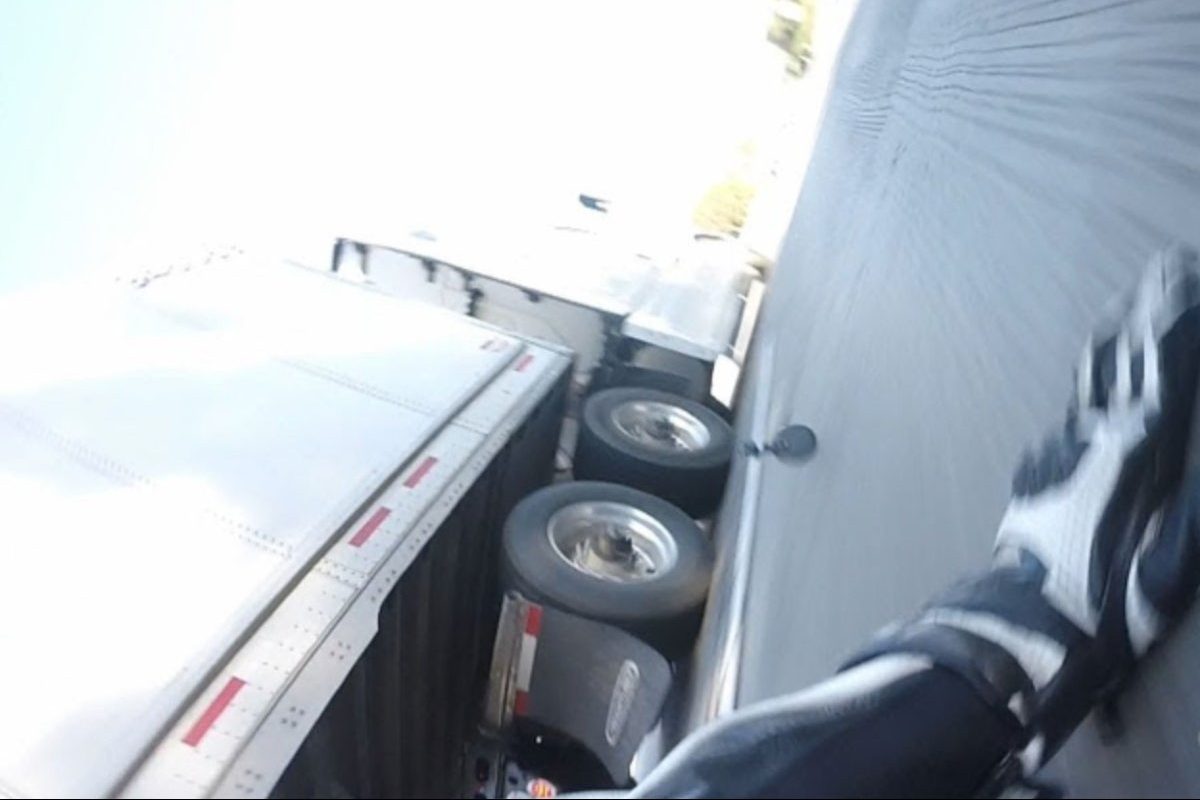 Crashes of any kind are scarier than hell, but there’s something about a motorcycle crash that puts it on a whole other level of terrifying. The way that bikers are exposed to the elements while traveling at high speeds puts them at a higher risk than your average motorist.

Sure, there are plenty of bikers out there who unnecessarily push the limits and put themselves in dangerous situations, but even the most law-abiding motorcyclists could find themselves in a fluke situation that ends in a terrible accident. And, when you’re on a motorcycle, even the most seemingly inconsequential of crashes could result in serious injury or even death.

With that in mind, it makes it all the more shocking that YouTuber HAMMY MOTO was able to walk away from the above semi truck crash with only a “small amount of road rash.” You know, considering that he slid directly under the freakin’ semi while it was going like 75 MPH.

In the video’s description, HAMMY MOTO explained exactly what caused the whole crash to begin with. And, yes, he also expressed surprised that he made it out in one piece.

I’m very lucky to be alive. I slid through a tiny gap between the trucks rear tires and the trailer stand. If was going any slower or faster, I wouldn’t of been so fortunate. The only injuries I got was a very small amout of road rash on my knee and hip. Nothing broken. I’m very blessed.

How did I get the wobbles? NO I DIDN’T WHEELIE. I was merging onto the freeway, checking traffic while I ventured over to the carpool lane. When I got next to the carpool lane, I check if it was clear again, then merged in while quickly accelerating in first gear. When I got up to enough speed to pass traffic (Traffic was doing 75-80 MPH) I changed into second gear (where the clip starts). First mistake I made was having my weight WAY too far back on the bike while accelerating, that mixed with the extremely bumpy freeway and the acceleration of the bike caused the front wheel to go extremely light. Thus causing the violent speed wobbles.

Wow. Unbelievable. Absolutely unbelievable. I don’t know if it’s God, his great grandma, or the tooth fairy, but on that day, someone was definitely looking out for this guy.