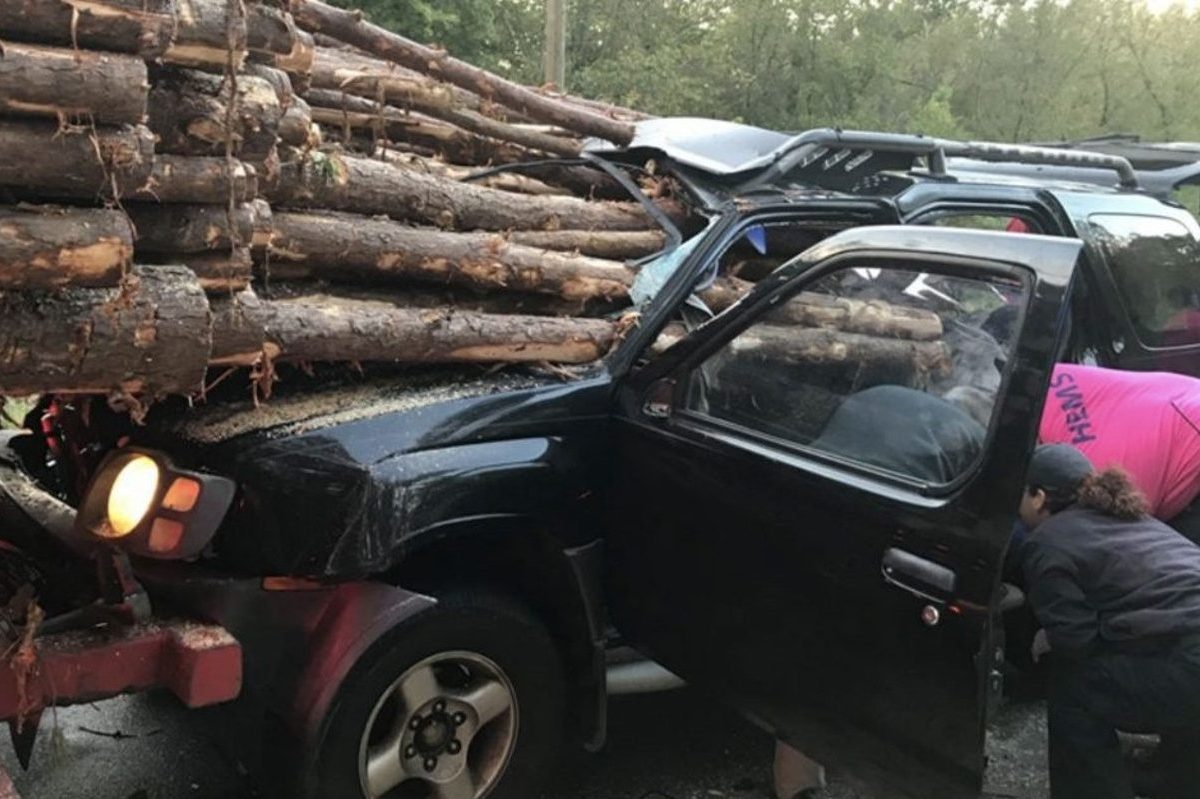 It’s hard to believe that the driver of an SUV only suffered minor injuries following an intense logging truck crash back on October 11, 2019 on the Cleveland Highway in Dalton, Georgia.

In what seems like a scene from straight out of one of those Final Destination movies, the driver of a Nissan Xterra required major extraction after massive logs from a logging truck smashed through the SUV’s windshield and made it all the way through to the rear hatch.

Judging from the photos posted by the Whitfield County Fire Department on their official Facebook page, you’ll wonder how the driver even survived.

While it wasn’t entirely clear who was responsible for the accident, according to several Facebook commenters, the Nissan driver dropped coffee and was digging for it at the time of the crash, though authorities never officially confirmed those claims.

In a Facebook comment on the Whitfield County Fire Department page, Jonathan Forester, who claims to be the logging truck driver, briefly offered his side of the story.

“Everybody can think and say what they want, I was driving the log truck,” Forester wrote. “And I have talked to the other guy in the accident. We both know what happened, I?m just glad he is ok. He even cut up and made jokes on the phone. Sounds like a pretty good guy to me. Anyone else would have been trying to put the blame on the log truck.”

All things considered, it really is a miracle that the SUV driver was able to make it out in one piece. We’ve seen and heard of worse injuries (and even death) from incidents that looked way less serious than that. Absolutely unreal.