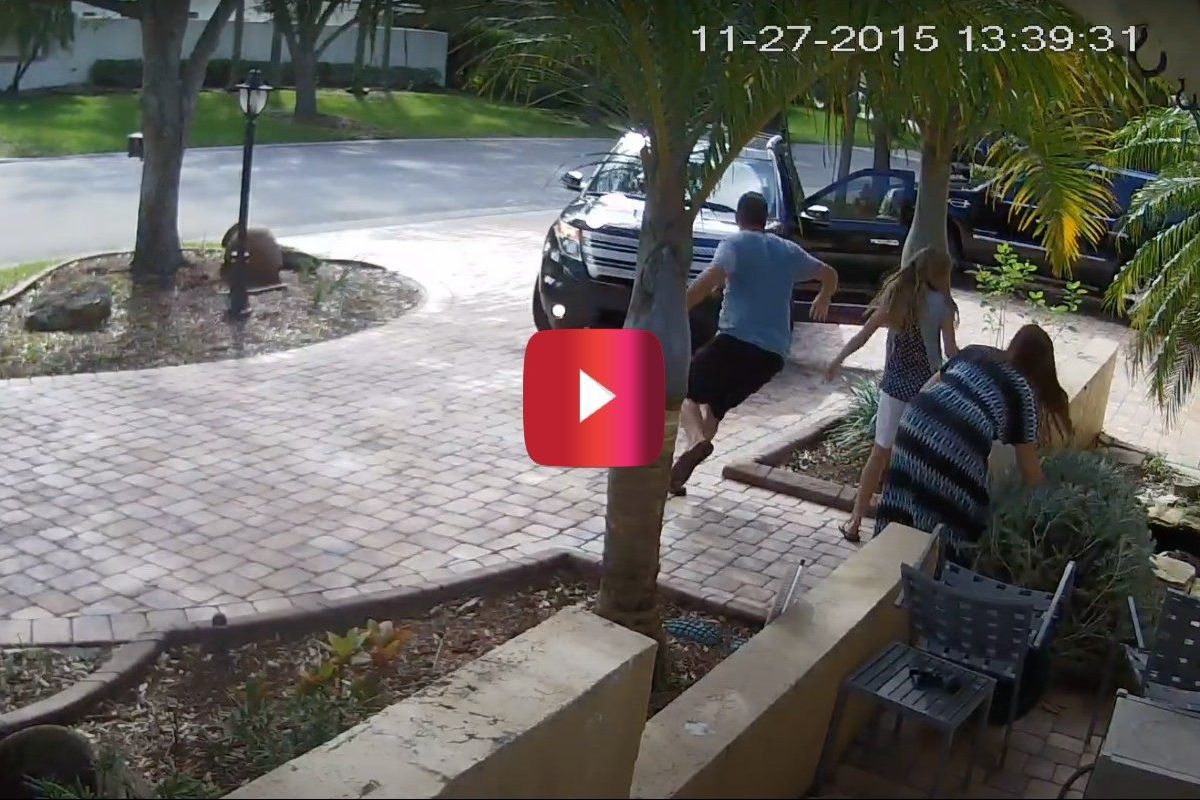 Well, this is one situation where things just went from bad to worse. Poor dad, he really tried to be the hero here, but things just didn’t work in his favor today. Also, let this be a reminder to everyone how important it is that your car is actually in park before you try to step out of it.

After this family just got their Christmas tree unloaded from the car, a strong gust of wind decides to knock it over onto the ground. The mom quickly goes over and tries to stand it back up, but the dad, being the gentleman that he is, decides he should probably get out of the car to help her. He exits the vehicle quickly to jump in and assist, only he doesn’t realize that he actually left the SUV in neutral. The car instantly starts rolling backwards, and he still doesn’t notice until his wife points it out a couple seconds later.

The dad makes a mad dash toward the vehicle to stop it from rolling, narrowly misses being sandwiched between two cars, but he does make it in time, and finally brings it to a halt before any major collision happens. Good thing, because if that Ford would have hit the Escalade that was sitting in the driveway, it could have turned into quite a hefty bill. I’m a little surprised that he didn’t notice right when he got out. I know it was a quick exit, but he did have his hand on the door long enough that he could have felt it rolling backwards.

Regardless, it’s just good to see that no damage was done in all this craziness. That shot to the pride would sting even more if two car repair bills were added to the equation. Mistakes happen, but I’m sure it’ll be a while before he can live this one down, especially with the video proof.