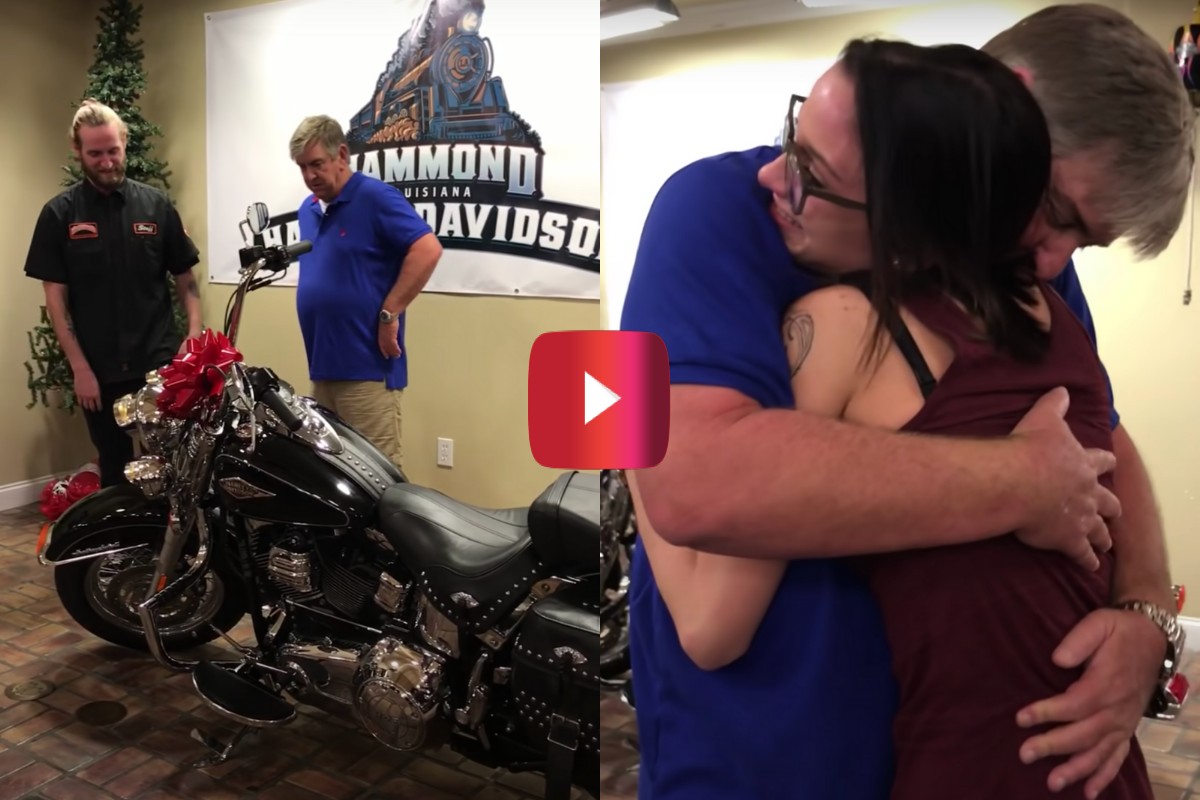 In a heartwarming Christmas gesture, this dad walked into a Louisiana Harely-Davidson dealership with his wife and stepdaughter for a “surprise.” Even after his stepdaughter informed him she had just bought him a brand new motorcycle as a gift, the father was in complete denial, saying repeatedly that the bike was not his and that he was surely being made the but of a joke somehow.

It took the dealership showing him the registration and bill of sale to finally convince him to ride off on his brand new Heritage edition Harley, wiping tears from his eyes.

Now, several months after this video went viral, Barbara Abadie, who uploaded the video to YouTube, posted a sad update about Gene, the Harley-loving dad.

“Hi guys- 9 months ago, Gene suffered a massive stroke that left him paralyzed on his right side, and unable to speak. The likelihood of him ever being able to ride again, is about a -0, so we had to sell his beloved bike. Thanks for all of the thoughtful comments, and enjoying our video. I originally put this video on YouTube, so that family could see his hilarious reaction (Gene was always the “gifter” and never the “giftee” so his reaction is 100% genuine.) I never knew how priceless this video would become to us. It makes me smile to hear his voice again, and see him walk.”

Barbara has been documenting Gene’s recovery on her YouTube channel, and thankfully, he’s been making great progress. While he may never be able to ride again, the family will always have the above video to look back on, and at least share a happy memory.