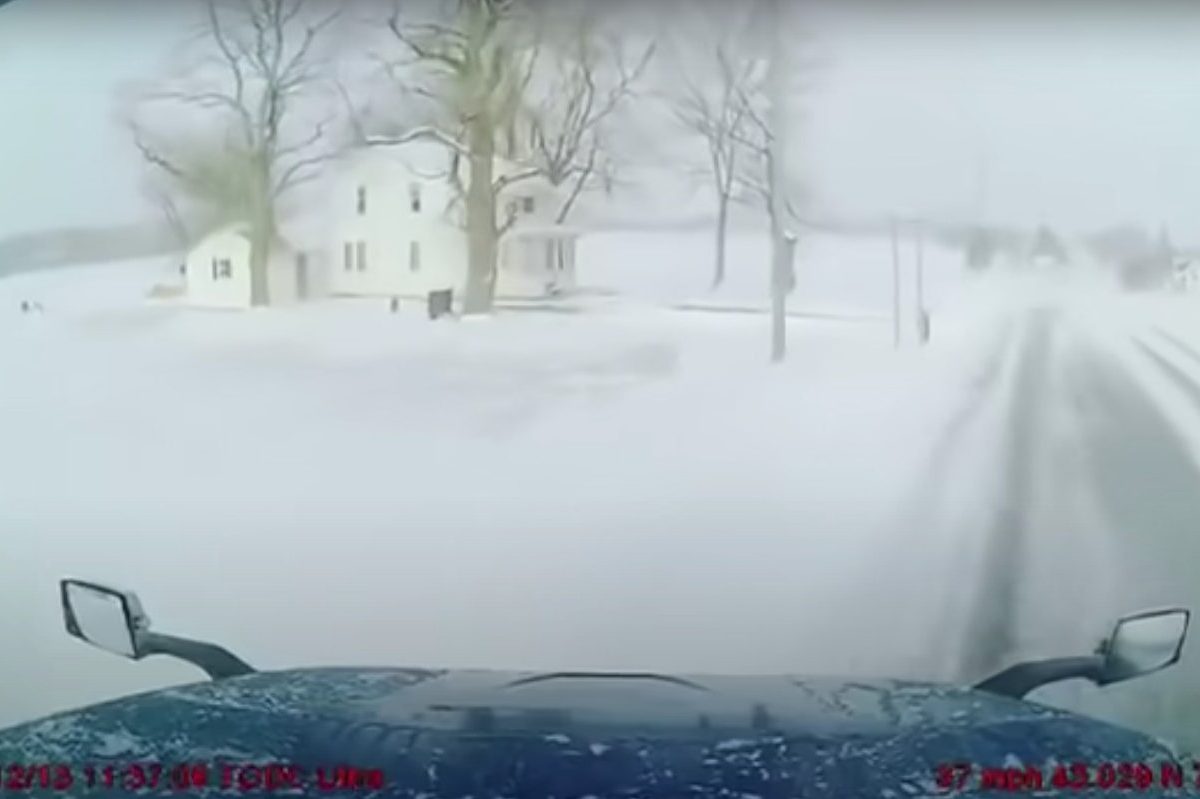 Here’s a prime example of what can happen when you’re out on the roads when it’s icy. If you have the ability to stay off the roads during conditions like this, you should. Of course, commercial drivers don’t have much of a choice, as they need to get their load to its destination, pretty much regardless of weather.

This trucker found himself in a sticky situation while in Lyons City, New York on Route 14. Check out the video below, and see how the scary scene played out.

Things started off just fine as he drove down the road. He starts to gain a little more speed and, suddenly, comes up on a strip of road with noticeably higher wind speeds. The wind caused the snow to cover most of the road, and right as he enters that portion of road, the truck starts drifting sideways and losing control. The truck driver does all that he can to straighten it back out, but it’s too late. The truck veers off to the left, crushing a street sign and nearly missing a telephone pole, then veers back on to the right side of the road, where it eventually comes to a stop.

Now, there are a lot of arguments that can be made here as to what initiated the crash. Some may say that he was going too quickly for the road condition, and others may say it was black ice, or that he hit an area of road with higher winds, pushing the truck out of the tire tracks. If you listen closely to the video, you’ll hear him let off the throttle just before he enters that section. My personal opinion is that the sudden blip in momentum is what caused him to lose traction.

Regardless, this could have been a much worse situation if the driver didn’t correct the truck in the way that he did. Fortunately, he managed to avoid a more severe crash, and basically ended up back on the road instead of through someone’s front door. Be careful out there, folks!