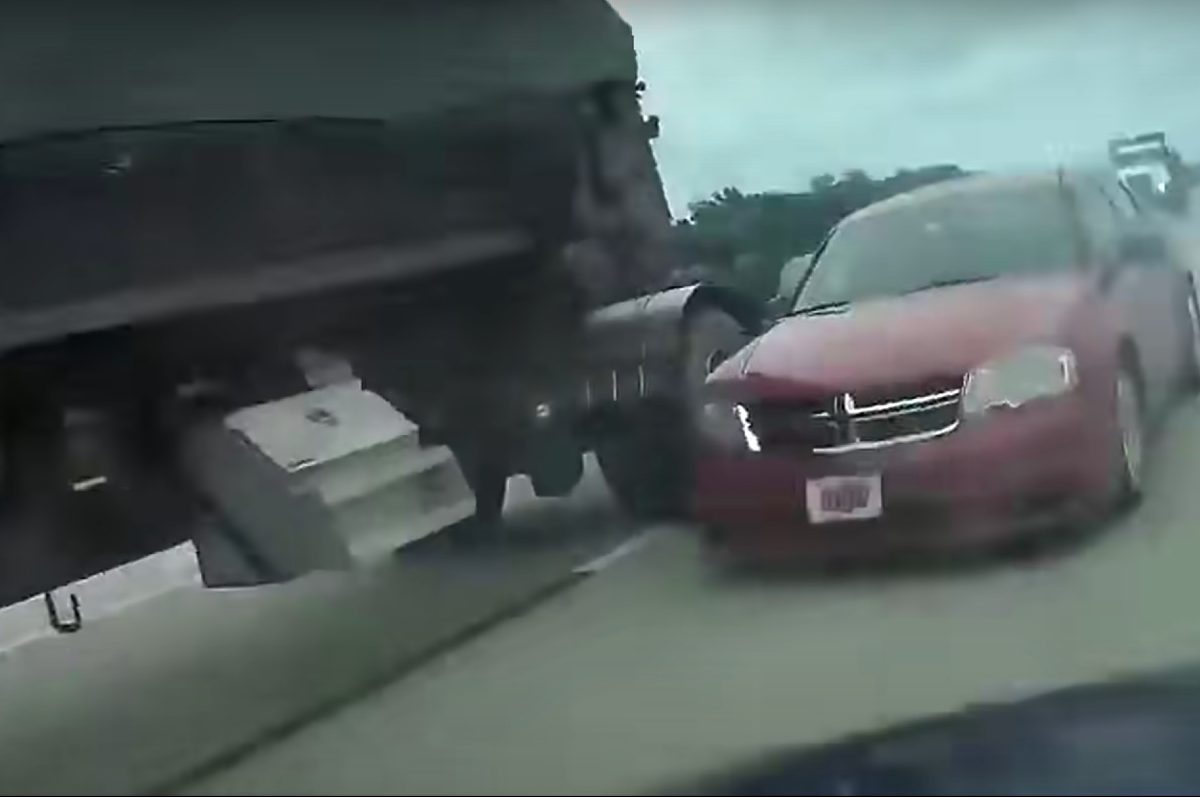 Semi truck. Tractor-trailer. Big rig. 18-wheeler. Whatever term you want to use, these massive machines require a good deal of skill, focus, patience, and responsibility to operate.

With just an empty trailer alone, a semi truck can weigh as much as 35,000 pounds. Stuff that truck’s trailer to maximum capacity? You’re looking at around 80,000 pounds, a.k.a. a hell of a lot of weight to swing around. A dangerous amount of weight, if not handled carefully.

To avoid complete and total disaster on the road, not only do truckers themselves need to be on their A game, but they also need to be hyper vigilant of careless drivers, road conditions, and whatever else could come their way. In other words, there are countless different factors and scenarios that can lead to a semi truck crash. And, whether it’s the fault of the trucker, another driver, or simply an unavoidable scenario, it can be a scary, scary thing.

In the below semi truck crash compilation video, you’ll see how several of these semi truck crashes play out, including one at the 1:10 mark, which shows a car spinning out of control and wrecking after failing to yield to a semi. And, to think, this all could’ve been easily avoided with just a little bit of patience.

Now, as you can see from the video, most of these semi truck accidents were either pretty bad or had the potential to be bad. Save for maybe that last mishap at the McDonald’s drive-thru. That was more of an inconvenience than anything else. An annoying situation, to be sure, but not a life-or-death situation. Though, can you imagine being stuck behind this thing, and it’s the only thing keeping you from enjoying your Big Mac and fries? I know I’d definitely be pissed.

On a serious note, this just all goes to show the dangers of driving in general. If you don’t already drive with the utmost care and diligence, hopefully the above compilation will teach you to. Hands at 10 and 2, head on a swivel, folks!