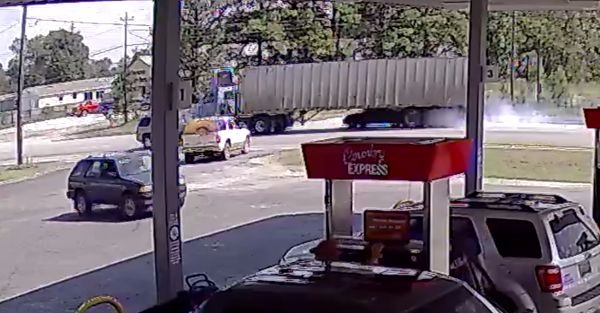 A woman was seriously hurt when a semi truck lost control of its trailer and smashed into her stopped car.

The local NBC channel reported that the incident happened in Brewton, Alabama and the truck was believed to be speeding, but did return to the accident.

This gas station security camera captured the incident and you can see the woman’s stopped car waiting to turn left. The truck came up behind her and went to the left to avoid hitting the stopped car. With the trailer brakes locked up, however, the trailer continued directly over the back of the car.

The woman’s family said she is emotional and in pain, but is recovering.