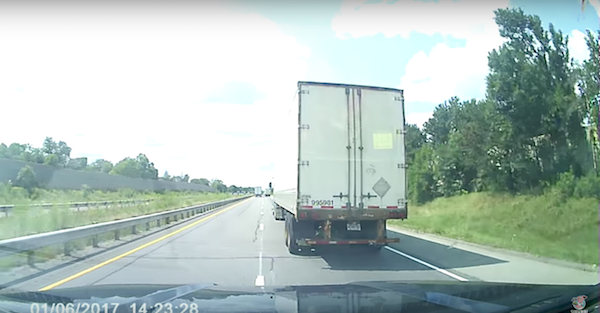 A car rear-ended a semi truck at a very high speed, which resulted in a brutal crash that was captured by the car’s dash cam.

The driver tried to avoid the crash, but couldn’t and hit the semi truck on the highway.

Related: This crash was unbelievably close to ending this scooter rider

According to Car Scoops, the driver said they have a piece of paper fly from the back seat, which led to them not being able to see for a few seconds.

The excuse doesn’t make much sense because most people would probably slow down if that were to occur, but either way, the driver didn’t suffer serious injuries and was alone in the car.

The crash could’ve been much worse, and luckily there were no serious injuries to the driver.