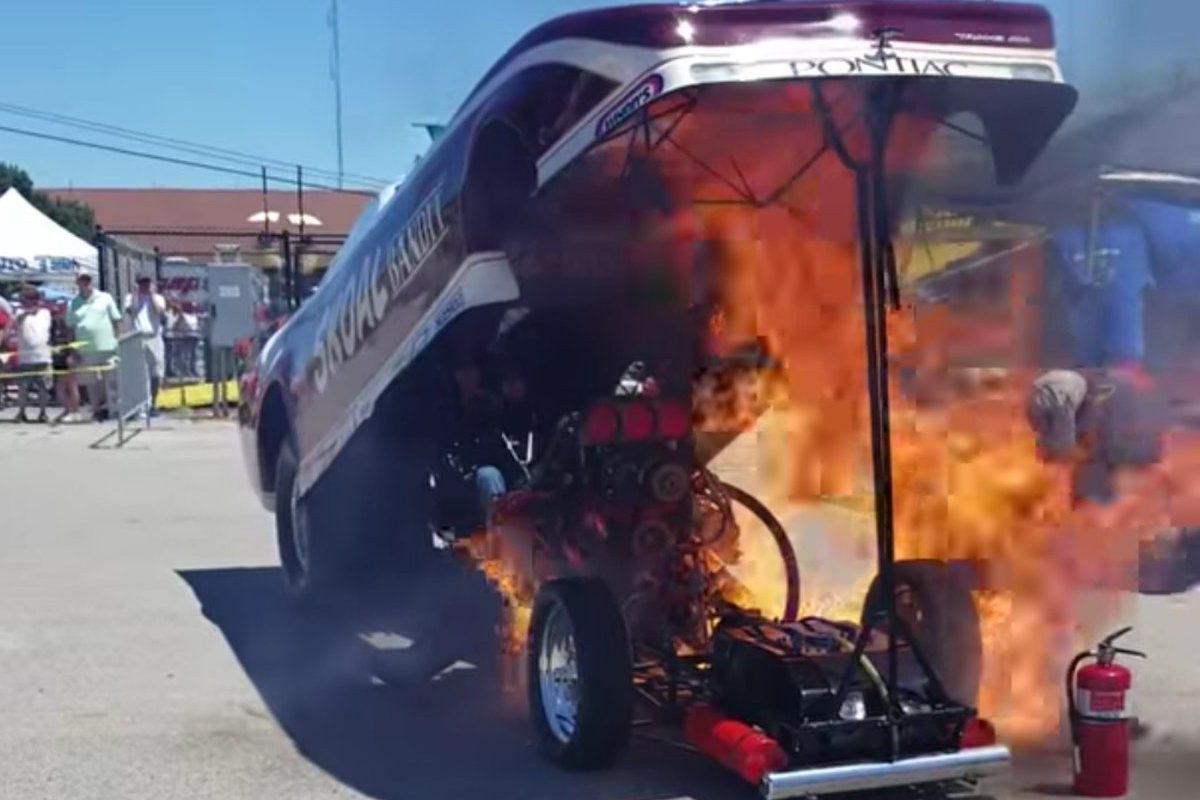 It’s all fun and games until you get caught up in a Funny Car fire.

Now, if you don’t know what a Funny Car is and think I’m making some sort of dumb joke, a Funny Car is actually a type of drag racing car characterized by a number of different specifications, including a tilt-up carbon fiber or fiberglass automotive body and an engine that’s placed in front of the driver.

The particular Funny Car caught up in the aforementioned flames happened to be the Skoal Bandit 1989 Pontiac Trans Am, which was showcased at the PPG Goodguys Nationals at the Ohio Expo Center & State Fair in Columbus back in July 2018. Ahead of the Goodguys vintage drag racing event, disaster struck when a fire was ignited and a crew member working on the vehicle got briefly caught up in the flames.

Thankfully, the crew member recovered from his burns in a California hospital and the driver in the cockpit was unharmed, but it was a scary scene nonetheless.

To give you some background, that testy Trans Am is no ordinary vintage car. It turns out that it was actually driven by Hall of Fame drag racer Don ?The Snake? Prudhomme during the ?89 NHRA season.

The ride is a pretty significant piece of drag racing history, as it was the last Funny Car that Prudhomme ever drove before moving to Top Fuel in 1990. Last year, the 77-year old Californian sold the car in Scottsdale, Arizona at the famous Barrett-Jackson car collector auction, and it now serves as exciting piece of nostalgia for classic car fans everywhere.

Unfortunately, the classic Trans Am offers a pretty volatile, explosive brand of nostalgia, that’s for sure.