NASCAR legend opens up about the crash that ended his career, and the effects he still feels 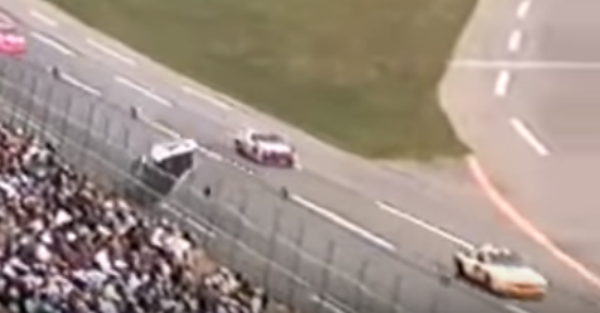 In 1987, NASCAR driver Bobby Allison survived a scary crash at Talladega Superspeedway where his car completely left the ground, hit the catchfence, and then rolled several times.

Now 80 years old. Allison is returning to the track to sign autographs before the race on Sunday. Then on Monday, the 1983 Cup Series champion will take part in a question-and-answer event at Vulcan Park and Museum in Birmingham.

But, before any of this happens, Allison was interviewed by AL.com to share his thoughts on a number of topics, including his feelings about NASCAR’s current product and his crash at Pocono in 1988 that ended his racing career.

While Allison’s crash at Talladega was certainly frightening and led to NASCAR’s decision to use restrictor plates for superspeedway races, the wreck at Pocono did much more damage to Allison.

“My mishap at Pocono was certainly very expensive for me personally. NASCAR’s insurance didn’t pay hardly any of the bills,” said Allison, according to AL.com. “I had to take care of that myself. It was quite expensive, but I ended up surviving, so here I am.

“I certainly miss racing. But at the same time, my injuries were so severe at Pocono that I couldn’t focus good enough to even attempt to make any kind of a comeback or anything. My body healed quite quickly, but my head injury – I had terrible, terrible memory loss. It really affected anything I wanted to do.”

Allison also revealed in the interview that he still feels the effects of the Pocono crash and admitted he can’t remember winning the 1988 Daytona 500, but somehow can recall winning the fishing competition at Lake Lloyd that occurred the same weekend.

As for NASCAR’s current product, Allison–now 80 years old–still enjoys watching the competition on the track, but doesn’t agree with all of NASCAR’s decisions in recent years.

“We raced Fords and Chevys, Dodges and Buicks, AMC Matadors, all kinds of American-made cars. I don’t mind the Toyotas being there. I’m not sure they’ve had to comply with the regulations as Ford and General Motors have – that’s one of those mysteries out there.”