Talladega’s Truck series was a wreck-filled mess, and here’s a roundup of the crashes 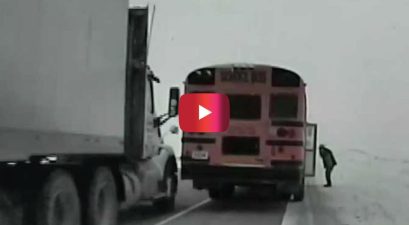 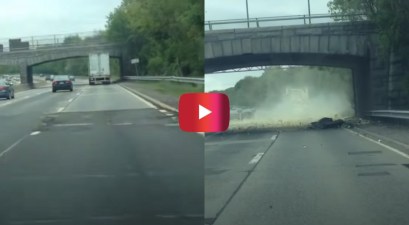 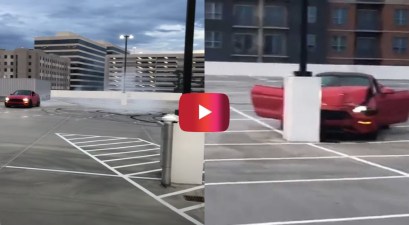 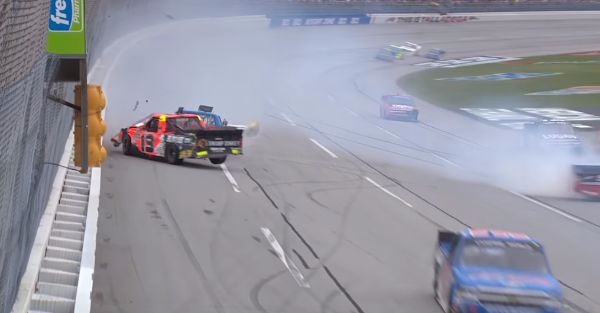 While much of the talk surrounding this weekend’s events at Talladega have focused on Dale Jr.’s last race at the track, the Camping World Truck Series managed to put on an exciting show on Saturday that saw part-time pit-road reporter Parker Klingerman grab the victory.

However, no Talladega race would be complete without at least a few notable wrecks and below are the most prominent crashes that occurred in the Truck Series race.

Myatt Synder made contact with the back end Cody Coughlin’s No. 13 truck in right rear, which sent his vehicle up the track and into the wall. This crash also collected Chris Fontaine’s No. 47 truck and the No. 27 pickup driven by Ben Rhodes. All of these drivers escaped this incident without sustaining any serious injuries. Synder was even able finish the race in third after initially causing the wreck.

This crash involved four drivers, including championship contenders John Hunter Nemechek and Matt Crafton. Nemechek said his goal was to run a smart and clean race, but as the announcers in the video below pointed out, sometimes you can race intelligently, but you still get caught up in mistakes made by other drivers.

The No. 33 Silverado piloted by Kaz Grala came into the Talladega race as a championship contender, but his wreck on lap 18 led to a 29th-place finish, which eliminated him from the Truck Series playoffs. The wreck that ended Grala’s championship hopes was created by a stack up effect that also collected Chris Fontaine and Ryan Truex.