Dale Jr. pulls off a first, and that puts him in prime position at Talladega 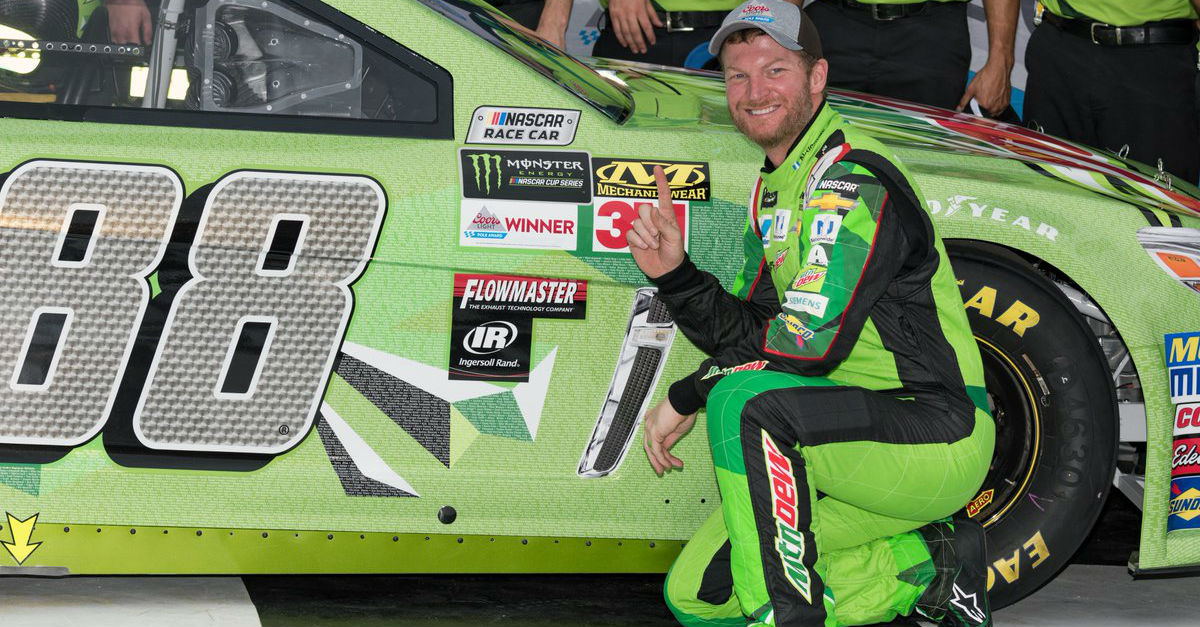 If you like happy endings, then you could be in for a treat today.

Dale Earnhardt Jr., his career winding down, took the pole at Talladega for the first time in his career, running NASCAR’s longest closed course at 190.544 mph

“We’ve been fighting our teammate Chase and his group for poles at these tracks for a long time, and it’s been a lot of fun to be honest with you, how these two teams have pushed and elevated each other,” Earnhardt told NASCAR.com. “Really, all the credit for getting a pole at a place like this goes to the team and goes to the car and the guys that work on it, the engine, the body men; we’ve got an amazing staff back at Charlotte that builds some awesome stuff.

Junior has won at Talladega six times in 34 career starts, his most recent victory coming in 2015.

While he’s not in the playoffs, a win would give Junior what would likely be the final victory of his career, and this would be some way to top it off.