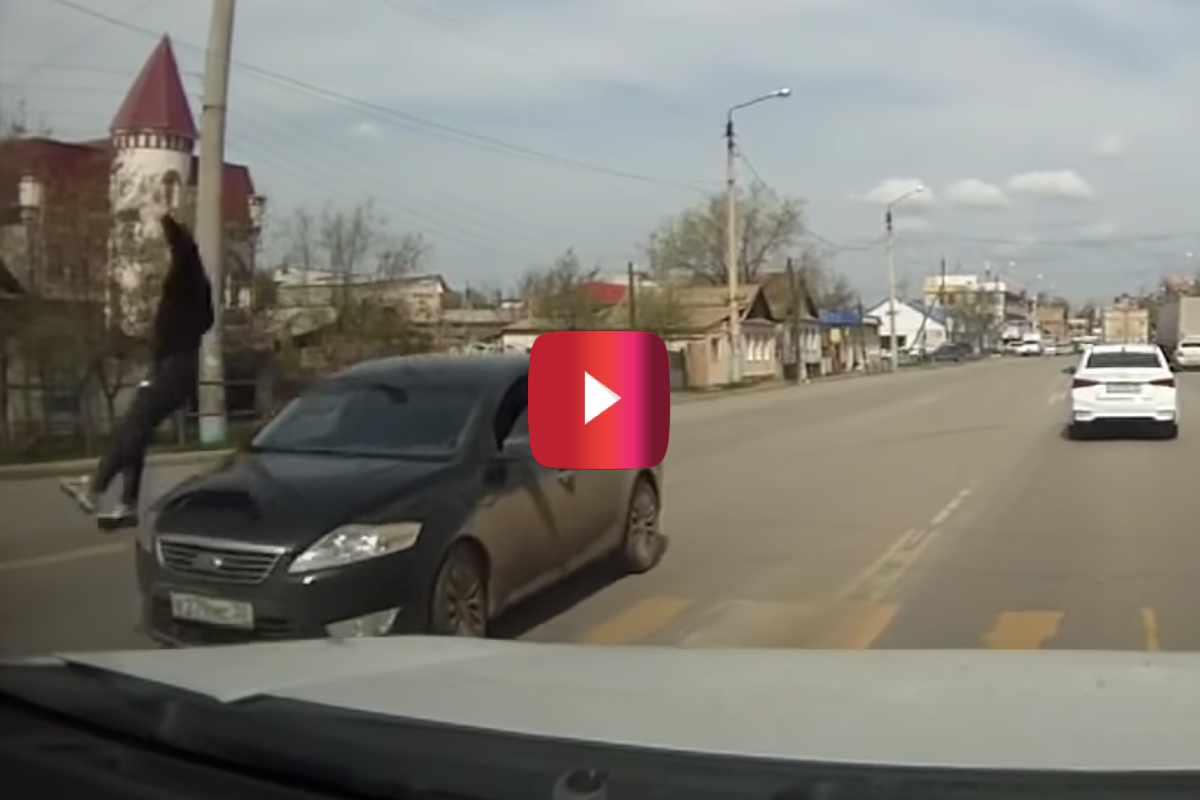 Here’s a guy who has probably watched The Avengers movies one too many times. Thinking he had superhuman jumping abilities or something, this Russian man tried jumping over an oncoming car to avoid getting hit, but instead of clearing the vehicle, he ended up earning himself a trip to the hospital.

“In Astrakhan, a 44-year-old pedestrian tried to avoid an accident as best he could,” reads the video’s description. “A man with the dexterity of someone who does parkour jumped onto a car that had overtaken him, but in the end, he slipped and fell on the asphalt. As a result, the man himself went to the hospital with broken ribs. The driver fled the scene of the accident.”

Read More: This Man Tried Saving a Dog on the Road, but Ended up Seriously Regretting It

Now, after watching the video several times, it’s probably safe to assume that if the man hadn’t at least attempted to jump over the car, he could’ve been in a lot worse shape than he ended up in. We’re talking a broken leg or two, maybe a serious head injury. Who knows?

It was a valiant effort, anyway. The only people that typically tend to have no problem jumping over cars are NBA players during dunk contests or seriously athletics YouTubers who make parkour videos, so it’s interesting to see that this 44-year-old dude had so much confidence in his athletic ability, even if it was just a split second decision.

In any case, after this guy’s ribs heal up, there’s no doubt that he’ll be doing double takes at crosswalks for at least the next year. It has to be hard to just shake off something like that. Unless it wasn’t his first rodeo, which being in Russia and all, wouldn’t be that surprising.