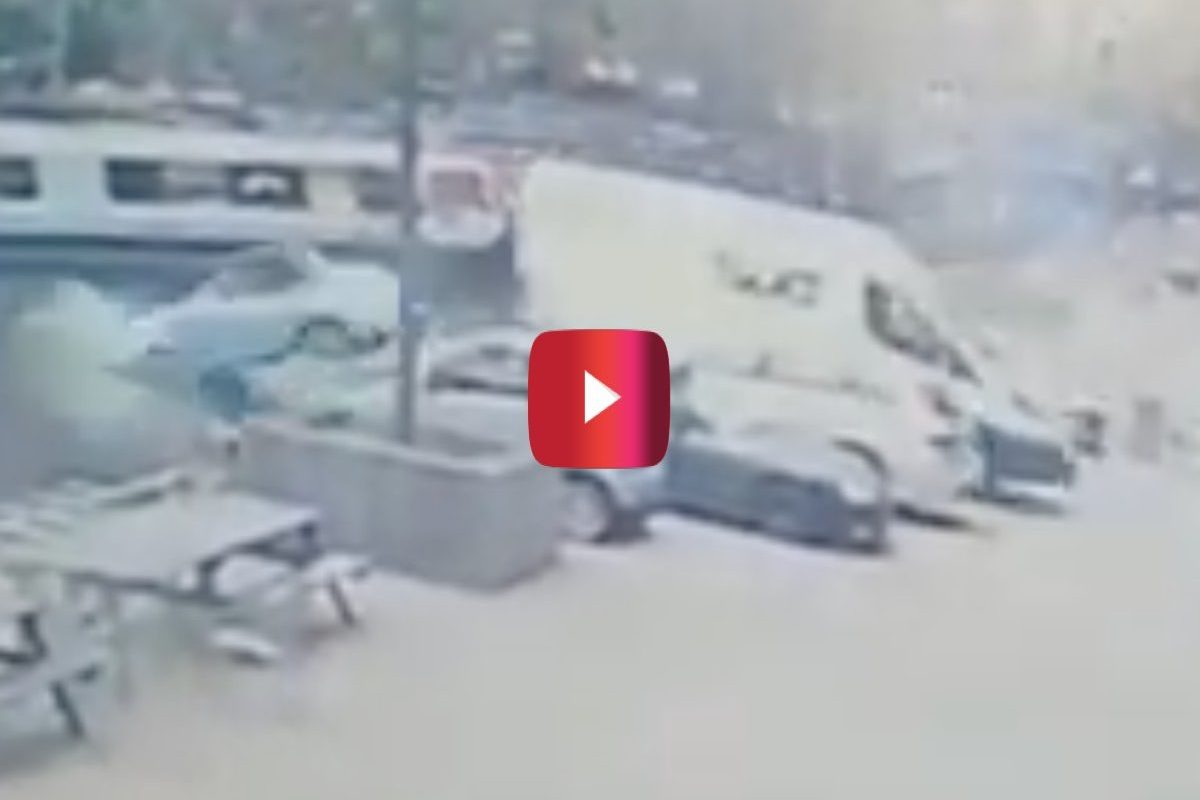 What you’re about to see is a cautionary video showing why you should never leave your car parked in close proximity to a canal. Because, on the off chance that something like, let’s just say a delivery van, backs up into it, that car is taking a splash right in the drink.

The sad footage that I’m referring to shows an incident that went down in North London on October 3, 2018. The video shows a delivery van backing up into a replica Porsche 356 Speedster outside of an AutoVero luxury car dealership and pushing it right into the water.

Watching the efforts to try and recover the two-seater soft top from Wenlock Basin, AutoVero?s owner and director Kalvin Cauldwell said: “It could have been much worse.”

Mr Cauldwell said that despite the odd joke from passers-by including one wit saying “I bet it will get a ticket soon,” he was glad there were no serious injuries.

A “smashing noise” alerted him that something was wrong on Wednesday at about noon. It seems a delivery driver somehow made contact with the car which was in a car park at the back of the building, according to Mr Cauldwell.

He said: “It (the car) was knocked into the canal.”

“It is an item of stock. It is now in the canal with lots of people scratching their heads thinking ?how are they going to get that out?'”

The Porsche replica happened to be a 2004 Chesil worth around $30,000 according to the dealership’s owner, who is hoping to collect on the insurance money.

As The Sun pointed out, “It is not yet known why the van driver reversed into the car, but it is believed to have been an accident.”

Accident or not, I’m guessing that whoever that van driver probably had to lay low for a while.