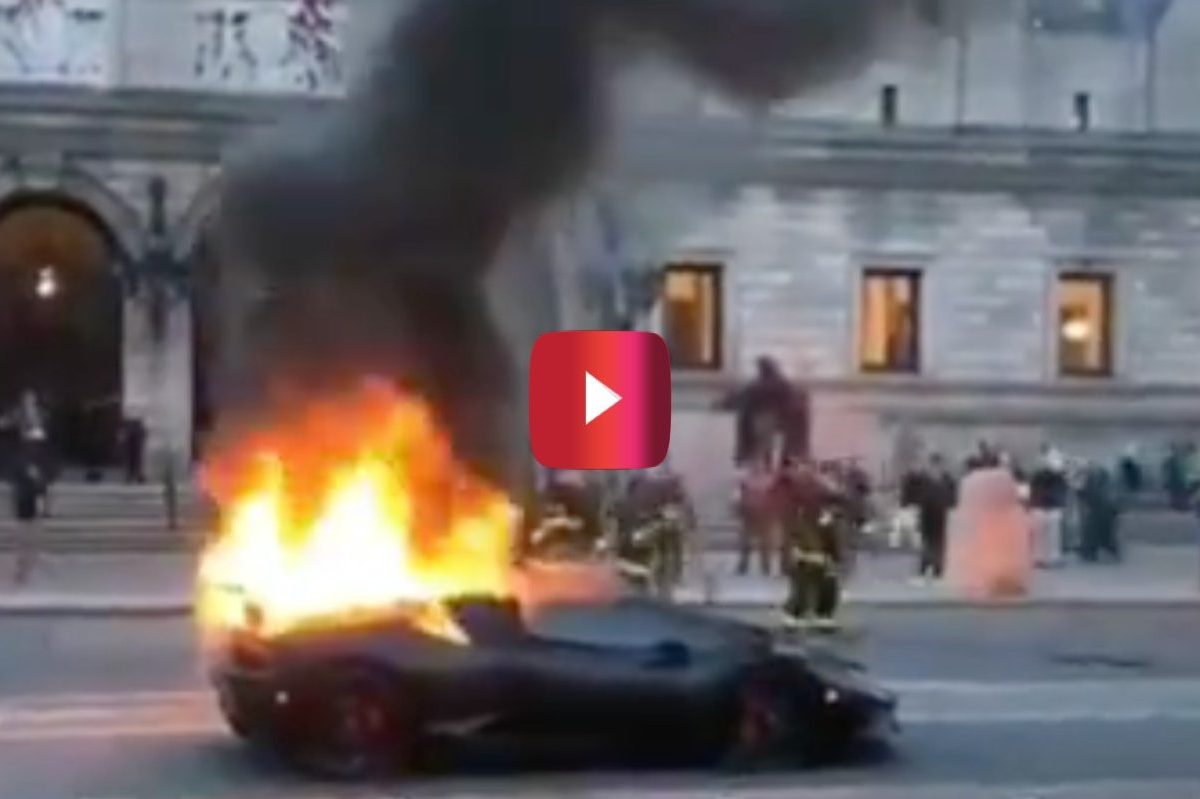 When crowds gather to check out a sweet sports car, it’s usually because they’re impressed by the car’s specs or are anxious to see it go head-to-head with another car in a epic street race showdown. Unfortunately for one Lamborghini Huracan driver, crowds were actually drawn to the expensive ride because the driver somehow managed to set it on fire.

Even more unfortunately for him, the whole thing was caught on video.

On Friday night, a Lamborghini caught fire outside the Boston Public Library in Copley Square after the driver kept revving its engine too much. Kids, this is what happens when you flex too hard…

It all went down back in late October 2018, at the intersection of Boylston and Dartmouth (for those of you familiar with Boston streets) outside of the Boston Public Library. Thankfully, no one was hurt in the blaze, since firefighters from the Boston Fire Department were quick to extinguish it.

It’s not known for sure, but word on the street is that the Lamborghini driver wouldn’t stop revving his engine, which caused the car to catch fire. As The Drive points out, however, the reason behind the fire may have some similarities to a Ferrari car fire that happened in Florida several weeks prior.

It was only a little over three weeks ago that we covered the news of a Ferrari 458 randomly catching fire outside of a Florida shopping mall. There, too, nobody was hurt, and the conclusive cause of the fire was undetermined. Authorities believed the cause to be a mechanical issue, however, which could very well be the case with the Lamborghini in Boston, as well.

@universalhub this is exactly why I didn't buy a Lamborghini pic.twitter.com/frEmOh5iz8

However the whole thing ended up going down, it’s clearly going to be pretty costly for the Huracan owner. But, on the bright side, considering the danger of car fires, at least he ended up making it out in one piece.