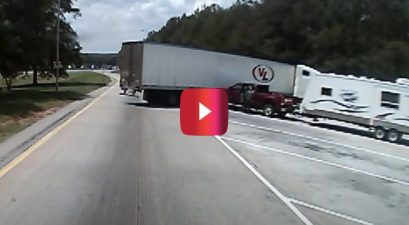 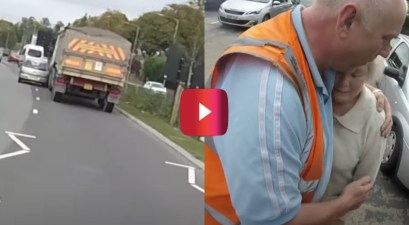 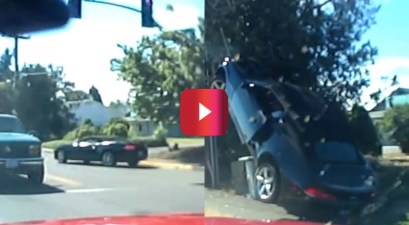 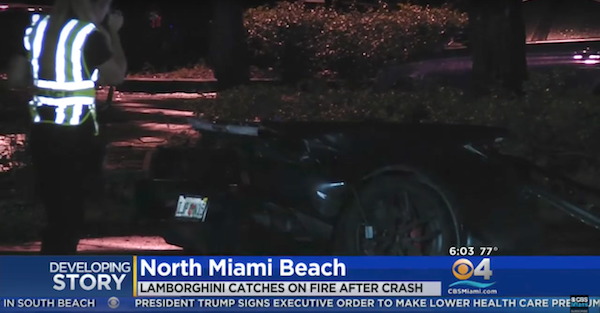 A Lamborghini was split in half in a crash last night in Miami, and police are investigating what led to the accident.

The car also caught fire, but both of the occupants in the car only suffered minor injuries. They were taking to a hospital according to the North Miami Beach PD.

Related: NASCAR legend opens up about the crash that ended his career, and the effects he still feels

A witness said he heard a loud “boom,” and he saw one of the occupants leave the car with one of their hands on fire, according to WSVN.com.

It’s incredible that the occupants walked away with only minor injuries considering the car was cut in half and the fact that it sparked a huge fire. It’s a shame the Lamborghini was totaled, but luckily no one was seriously injured.