This Fake Car Accident Planned by Police Was an Absolute Failure 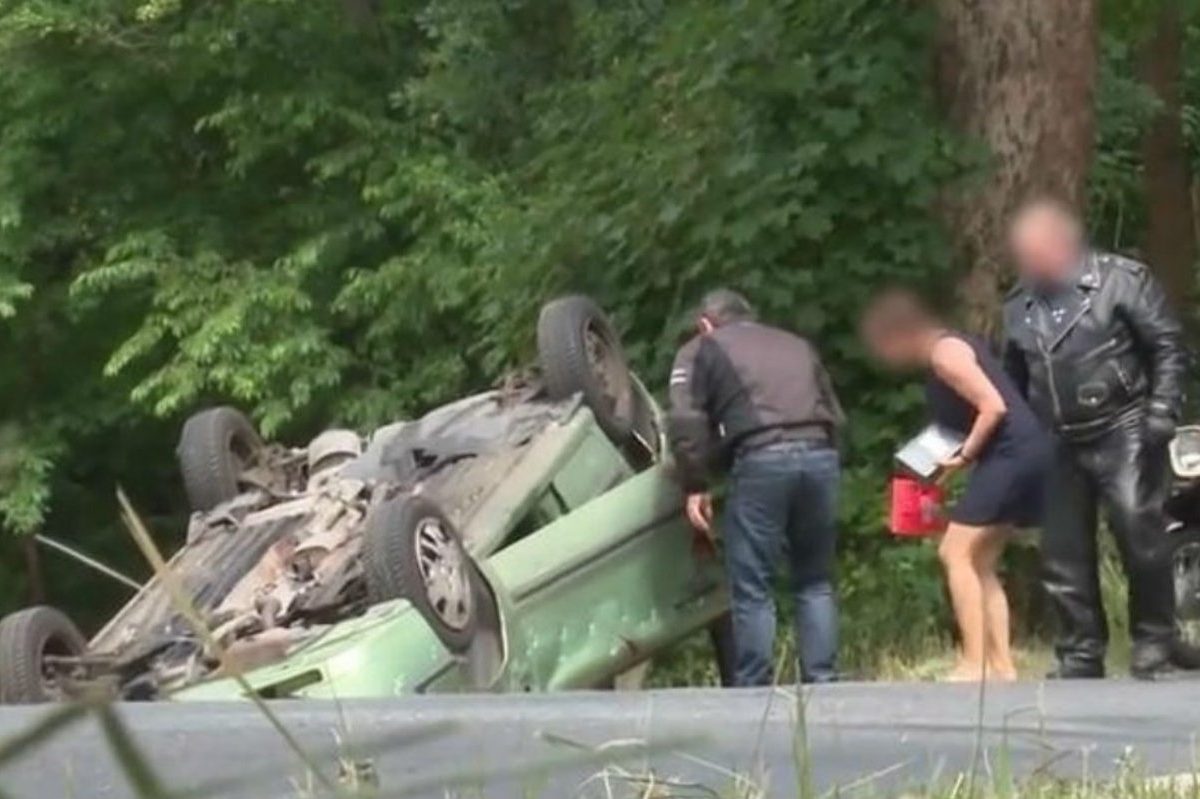 Back in June 2018, police in the German town of Oberhavel set up a fake car accident with the hopes that passing drivers would stop to help. It turns out, however, that the experiment didn’t exactly get the results that the local authorities were hoping for.

Police in Oberhavel, in the eastern German state of Brandenburg, worked together with a local media agency to stage the fake accident. They didn’t scrimp on the details, smearing fake blood all over two female victims inside the car, and on the car itself.

Once the stage was set, seven hidden cameras recorded events as police hid up the road and pulled over cars that didn’t stop to help. That was most drivers, as a whopping 90 percent of passing traffic failed to pull over to assist the “victims.”

“Many drivers could not explain why they hadn’t stopped and helped,” Police Commissioner Robert Muller said, as quoted by Markische Allgemeine. He added that most drivers were aware of the importance of first-aid measures after an accident, yet still didn’t stop. Popular excuses for breezing past the accident included reportedly not being able to brake fast enough.

Yikes. With all the various factors that went into play here, this clearly didn’t have to ideal turnout, especially when it’s required by German law — under penalty of a fine or one year in prison — for folks to stop and help out in these cases.

Apparently, the whole point of the faked car crash exercise was lost on some people, like legal expert Michael Frieser, who said that, “If the police carry out such actions, they should always do so together with traffic clubs such as the ADAC or the ACE. Because this form of road safety education cannot be their job.”

But, the police defended their actions nonetheless.

“Public relations are a very important aspect in raising people’s awareness of such situations and explaining how to act correctly in an emergency,” police spokesman Andre Quade told a German paper, according to Deutsche Welle.

“If you want to reach people, you have to show reality. And reality is actually even harder. The number of accidents is constantly increasing. Not only in Brandenburg, but also in other federal states.”

Where do you stand on the fake accident?