Woman Rents a Ferrari, Then Crashes It Into Oncoming Traffic Minutes Later 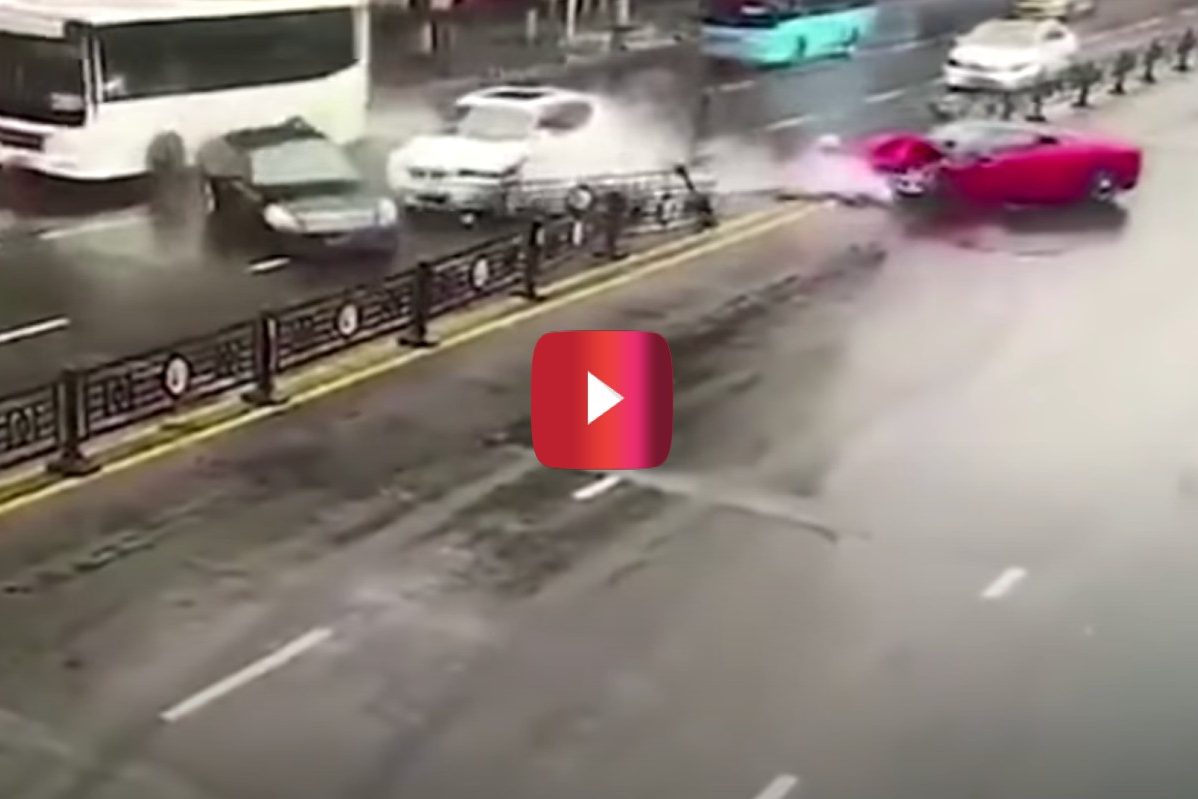 Here’s a warning to anyone who’s about to watch this Ferrari crash video: If the sight of a $200,000+ sports car getting seriously banged up is too much for you to handle, you may want to avert your eyes. Or, maybe watch something more wholesome, like a cute cat video compilation or something.

Now that we’ve got that little preface out of the way, on to our regularly scheduled programming.

“First time driving a Ferrari. This truly is the most amazing feeling.”

These were the ill-fated words of one unfortunate woman from Wenling, China, who ended up spinning out and crashing a rented red Ferrari 458 through a road divider and into an oncoming BMW X3 only moments later, as the Daily Mail reports.

While her cringe-inducing statement was captured from within the luxury car, security camera footage shows the immediate aftermath of the Chinese woman’s struggle to handle the Italian sports car on the wet road.

As The Drive points out, a quick glimpse of the dashboard before the Ferrari crash shows that the traction control had been turned off. Folks over on Reddit also speculated that 562-horsepower Ferrari may also have been placed on Race mode.

Whatever the case, you definitely have to feel some serious secondhand embarrassment for this lady. She was so excited to take a top-of-the-line Ferrari out for a spin, and rightfully so. But not only was her ride cut woefully short, because she also is going to be faced with some serious repair fees.

It really is such a shame. But, hey, you know what the say: With great (horse)power comes great responsibility.